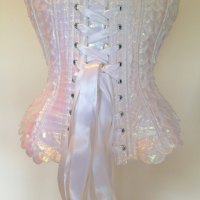 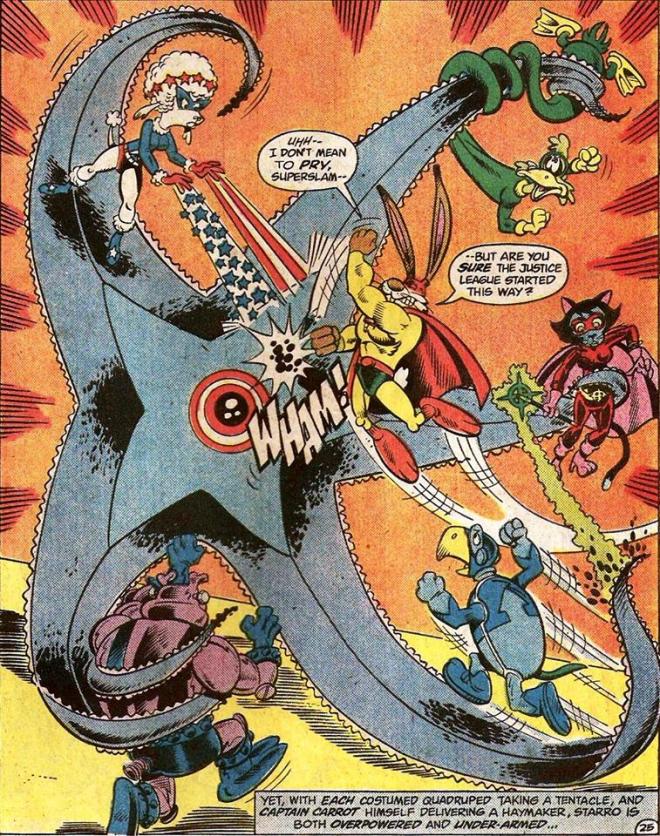 There are many superheroes.  There are many talking rabbits.  In the giant venn diagram of both such creations, there isn’t much overlap.

Into that realm steps the mighty Captain Carrot.

Why should we care about Captain Carrot?  Well, he seems to be a factor in a few of those Convergence issues coming soon from DC.  Grant Morrison used him for the briefest of cameos in Final Crisis and a much meatier role in Multiversity as one of an inter-dimensional away team sent to stop, well, the sort of horrid things that probably prevent Grant Morrison from sleeping at night.  Carrot punched out a Hulk stand-in there, while proclaiming he worked off “cartoon physics”.

That’s actually a new power for Captain Carrot.  First appearing in in a special preview in a 1982 issue of New Teen Titans, Captain Carrot from Earth-C teamed up with Superman, a weird freak with five fingers, to fight off a menace to both of their respective worlds that were causing the citizens of such to act like their distant, prehistoric ancestors.  Since everyone on Carrot’s Earth was a talking animal, one that wore clothes, often including pants, this meant they acted like, well, regular animals.  Superman was rather worthless since he was quickly captured by mastermind Starro (that jerk!), so Carrot needed to assemble the other new superheroes of his world.  They were:

So, with an arsenal full of puns and comedic stereotypes, the newly-assembled bunch started to save the day.  Superman dubbed them the “Zoo Crew” and that was that.

Though as I type that, I wonder if the talking animals even had a zoo of their own.  It’s not like they had a bunch of humans locked up.  The Zoo Crew mostly didn’t seem to know what a human was, and thought Superman was mostly just a large freak.

However, this entry was supposed to be about their leader Captain Carrot.  Originally named “Roger Rabbit,” Carrot’s name shifted gradually to “Roger Rodney Rabbit” to just plain old “Rodney Rabbit.”  That sort of name shifting sounds like they might have been afraid of some sort of lawsuit, and I can’t for the life of me think of any large corporation known to be quick on the lawsuit front that may have had the rights to any character by Carrot’s original name.

Unlike the others, Carrot didn’t have his powers all the time.  He didn’t get hit with a cosmic-powered meteorite.  And, as Neil deGrasse Tyson might tell you, if you asked him and he was drunk enough, without direct exposure to cosmic-powered meteorites, superpowers are at best temporary without some sort of recharge.  And no, I did not just mention Neil deGrasse Tyson in an attempt to just get more page views.  That would be silly.

Anyhoo, Carrot didn’t get hit with the meteorite.  He was a comic book artist working on the Justa Lotta Animals comic book, a group they later got to meet (Aquaduck had a very heroic, Launchpad McQuack-caliber beak/chin).  The meteorite landed in his carrot patch window box, so he had to eat a cosmic carrot regularly to maintain his superpowers of strength, resistance to injury, supervision and hearing, and tremendous jumping power until someone said, “Eh whatever!” and decided he could fly, too.

Look, I can’t make this stuff up.  Someone already beat me to it.

Will Captain Carrot be the next Aquaman?  Probably not.  But stay tuned anyway! 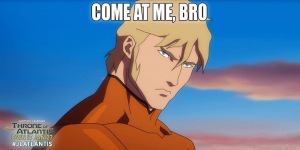