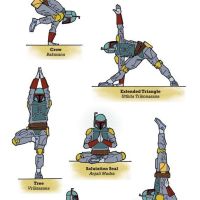 The Blob is back. Goldcrest Films announced they will be producing a remake of the 1958 original along with Simon West (The Expendables 2) set to direct.

The 1958 film, starring Steve McQueen, was set in Pennsylvania and followed the destruction of a small-town by a continuously growing alien life-form that consumed everything in its path.

I’m not a huge horror monster fan, but with a decent CGI budget, and enough alcohol, this could be watchable!