AKIRA!!!!!!! For those of you that listened to our “Expanding Your Geek” (episode 8) on the podcast you will note that NONE of us loved the movie Akira. I don’t know, the anime film just wasn’t Oscar material. Maybe it was the wacko-jacko story line, or the lack of respect for female characters, or maybe it was because the whole thing was BAT-SHIT-CRAZY! But you’ll be interested to find out that despite the fact that we HATED the film, there are those out there that loved it. And it’s because of that said love that director Jaume Collet-Serra started talks of a reboot. Nooooooooooooooooooo!

Collet-Serra had this to say about his mostly-white adaptation of Akira, despite telling reporters that he found many elements of the original uncompelling:

“I hope that I can bring strong characters. In the original source material, I don’t think the main characters are the protagonists. What I’m hoping is to bring characters… Nobody’s interesting. Tetsuo’s interesting because weird sh*t happens to him, and Kaneda is so two-dimensional. That’s part of the Japanese culture, they never have strong characters. They’re used as a way to move the other philosophy forward.”

What the hell is this guy talking about? Did he watch the same movie? Okay – yes – I’m a hater of Akira. But even I can attest that the characters have substance and are at least interesting. There is back story for both Tetsuo and Kaneda, as F*CKED up as it may be, there’s a story for both. So to hear him say otherwise is ridiculous. And I hated the movie!

Collet-Serra was asked by Collider earlier this week if he’d made any progress on the project unto which he replied:

Oh thank the lord-sweet-baby-Jesus-wrapped-in-swaddling-clothes-or-dressed-in-a-tuxedo-if-that’s-your-kind-of-thing! Further more, when asked if he had any new projects on the horizon this is what he had to say:

“A vacation! I truly will not make a decision on a movie for a few months because I’ve done these two movies in three years without any time off so I cannot wait for this movie to come out and just fade away. So my next movie’s not gonna be for a while, let’s put it this way.”

THERE IS A GOD!

Good. Mr. Collet-Serra, may I offer some advice? A-hem…. You see, if you actually thought rebooting Akira was a good idea, then I personally think you need a nice LONG vacation. Do something. Anything. Wipe that horrible idea out of your mind. Drink piña coladas, swing in a tropical hammock, spend one night in Bangkok for all I care! Do anything and everything to take you away from the idea of this project. You’ll thank me later. 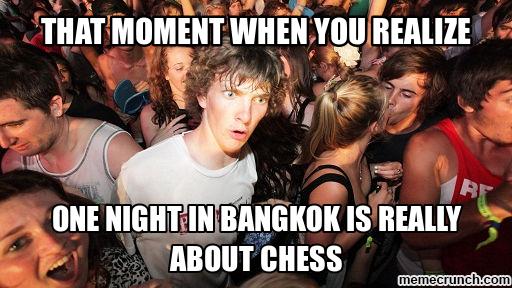