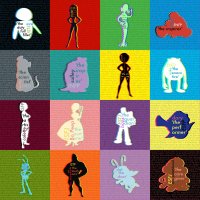 There’s something off about a hero who is probably best known for being forgotten and then dying.

That’s more or less what happened to Element Girl.

It was the 1960s, and while that meant a time of great social upheaval, for comic book publishers, that meant creating characters and books that would somehow appeal to the youth of that day.  Most of the time, this meant that a 40+ year old writer was trying to write what he thought a “cool” young person would be like, and the best attempts were often just plain weird at best, like how the teenagers in various Marvel books always wore a tie and Spider-Man, while still a teenager, could be dating J. Jonah Jameson’s presumably adult secretary while occasionally spouting off against grown-ups in ways that made Spidey sound like a cranky jerk instead of his usual self.  Other attempts could be downright embarrassing, like anything involving DC character Snapper Carr, who probably deserves his own entry in this series.  Snapper’s “cool” talk could only have come from someone who got all his current teenage slang from doing anything other than interacting with actual teenagers.  Not every teenage character or hero would attempt this sort of “we’re hip teens!” stuff (like the early Legion of Superheroes), but many did (like the early Teen Titans), and with only varying degrees of “success” in that none of them could be called completely successful.

Even if the lingo was off, Marvel did find some success reaching the counterculture, but more by accident than by design, when Spider-Man and the Hulk had, among their most frequent adversaries, a newspaper publisher and the army, respectively.  That sort of thing worked out well for them as far as that stuff went.

But DC heroes were generally respectful of law and order types, so that sort of thing never happened.  Instead, they just got crazy stuff from writers like Bob Haney and Robert Kanigher, the sort of stuff that might have been influenced by, or even an influence on, the Adam West Batman TV series.  Stuff like the original Brave and the Bold Batman team-ups, the Metal Men, and all sorts of stuff in books explicitly labeled as “weird” would come out, and one of those was Metamorpho the Element Man.

Metamorpho, created by Haney and underappreciated artist Ramona Fradon, was adventurer Rex Mason.  Rex was exposed to an ancient meteorite in an Egyptian tomb thanks to a double-cross from his employer Simon Stagg’s bodyguard Java, a revived caveman in love with Stagg’s daughter–and Rex’s girlfriend–Sapphire Stagg.  Simon Stagg was both a genius and maybe a supervillain depending on the story.  Java wasn’t very bright, and didn’t get why Sapphire preferred once-handsome Rex Mason to himself.  And Sapphire was Haney’s idea of a flowerchild or something.  The radiation Mason was exposed to turned him into ugly freak Metamorpho, the Element Man, who could change his body into any element or substance found in the human body, or into anything on the periodic table.  It depended on the writer.  The original Metamorpho series would run for 17 issues, canceled on a cliffhanger, and Rex Mason would be hanging around the DCU ever since, often as a member of groups like the Outsiders or Justice League Europe.  He even did some time with the Silver Age Justice League, though he turned down full membership (which never happens), sometime after Green Lantern couldn’t cure him due to the meteor apparently having some “yellow radiation”.

Since radiation tends to be invisible, I’ll just chalk that one up to Silver Age Science.

But wait, this column isn’t supposed to be about Rex Mason.  He was the Element Man.  What was up with the Element Girl?

To put it simply, at some point it was felt Rex needed a love triangle.  Enter Urania Blackwell, American secret agent.  While Rex’s exposure to the radiation was due to treachery and an accident, Rainie, as she was called, did it to herself on purpose and became a female version of Metamorpho, except she had long green hair to his, well, no hair at all look.  She presented herself to Rex as a romantic option since Rex felt he needed to be fully human again to get back with Sapphire.  Rex never seemed to know which woman he preferred and Element Girl became a partner to Rex on various adventures.  They even met an ancient Roman centurion living in a volcano, another Metamorpho, who went into the volcano to kill himself.  See, Element People are functionally immortal, or at least long-lived, and, well, that’s actually where the original Metamorpho series pretty much died and ended with the cliffhanger mentioned above.  Rex would keep popping back up, but Rainie, not so much.

Which may be why the best Element Girl story was one that didn’t feature Rex, and if you didn’t even know much about her before, you did after this one issue of Neil Gaiman’s Sandman series.

In the issue, Rainie lives alone and rarely goes out.  Her only human contact is with a case worker by phone.  Her apartment is covered with fake faces she has used in the past to look like a flesh and blood human being.  She’s largely forgotten and stuck in this elemental form, and she hates herself.  She wants to die, and can’t.

That would be about the time she gets a visit from chirpy Death of the Endless.  Death informs Rainie that she has a rare gift she should embrace, because she only gets one lifetime.  Rainie doesn’t care, so Death reminds her about the centurion in the volcano, and essentially tells Rainie how she can die.  Basically, she needs to face the sun and ask the Egyptian god Ra to die.  That is more or less what happens.

It’s actually a beautiful issue, considering its about loneliness and suicide, and rather sad all told.  Rainie dies happy and in control.  Her body crumbles to dust in the sunrise, and Death does her job.  It is, easily, the most memorable Element Girl story done.

Gaiman, by the way, would bring Rainie back for a story he contributed to the Wednesday Comics supplement, a Metamorpho story written in the Bob Haney style.  Gaiman commented that one of the reasons he used Element Girl in the first place was because she was so obscure she didn’t even have a “Who’s Who” entry, a fact later reconciled in light of her memorable death scene.

DC has since revived the character, sort of, post-Flashpoint as Element Woman, with Metamorpho largely unseen.  This Element Woman is a completely different character named Emily Sung, which is fine, because Rainie’s death is one I think even the most cynical of DC writers and editors when it comes to death know better than to reverse.