I write enough about Netflix that you can safely conclude I am in the tank for them.  Looks like I am not the only one.  How fast are they growing you ask?

Even though I don’t like serial television, I am still fascinated with this business model.  It is changing every thing as we will discuss in NEXT WEEK’S Gabbing Geek Podcast (spoiler alert!).  People are taking notice at this amazing property and it is adding subscribers faster than anticipated.  According to Variety:

Netflix blew past subscriber-growth expectations for the first quarter of 2015, packing on 4.9 million new streaming customers in the period — a record for the company. (…)

Netflix reported a net gain of 2.28 million U.S. subs and 2.6 million overseas, to end Q1 with 62.3 million streaming customers. In January, Netflix told investors it expected to add 4.05 million subscribers in the first quarter, with 1.8 million in the U.S. and 2.25 million internationally.

This puts the service that would kill traditional TV networks near 50 million paying customers in the US alone!  But the question becomes, will Netflix sacrifice upside profitability for total viewers in the short term?  It looks like that could be the case.

The company posted revenue in line with Wall Street’s revenue expectations, with $1.57 billion, but fell short on earnings at a reported 38 cents per share, with Netflix blaming the miss on unfavorable currency-exchange rates; analysts expected 69 cents per share.

It could be currency, but the company has to also watch costs.  Producing high end content like House of Cards and Daredevil must be balanced with thoughts of the bottom line.  I hope they strike the right balance between the two, because what TV I do watch will probably come from them. 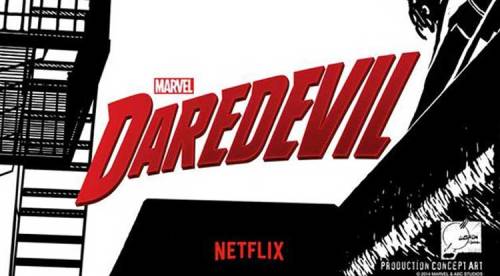 Of course, Netflix may choose to hit the competition so hard their ancestors feel it in the short term to further bury traditional broadcasting.  The Street seems to approve, with Netflix shares jumping 13% in trading after the results were released.

In fact, as the week played out, it became clear that Netflix had actually passed CBS, the largest U.S. network, in total market value.  So that means that by isolating out JUST the equity value that CBS, NBC, ABC, and Fox bring to their corporate masters, Netflix is bigger than ANY single one of them!   Netflix of course is not bigger than the parents companies of these entities like Disney or Comcast.

Simply put, Netflix is here to conquer the content delivery business in a way that evokes comparisons to other corporate giants that disrupted their industries such as Google, Amazon, and Ford Motor Company.

So will they conquer the landscape?  Sounds like it is already happening!

Netflix became more watched than any cable channel in the US several years ago, according to Greenfield’s analysis. It seems inevitable that it will soon become the most watched service of any kind in the US (if it isn’t already), and probably abroad. 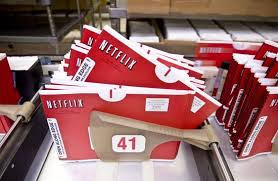