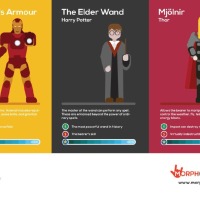 This week on the podcast, I couldn’t listen to the whole thing because I’m only nine and a half episodes into Daredevil and need to finish it before I finish the podcast.  It happens.  I’m not overly concerned about spoilers, but some geeks are.  Ryan beat me atop the head with a length of rubber hose for mentioning a character in passing appears prominently in one episode, and he needed to be avoided until the red haze of rage passed from his face.  It was the most fun editorial meeting we’ve ever had.

So, it’s time to tell Jenny to pay her Fantastic Four bet.

So, the bet was the FF would, in their new movie, go into space at some point in time.  That would be more or less the classic FF origin, where the foursome go into space on an untested rocket ship with bad shields, get hit with cosmic rays, and come back different.

Now, the new movie seems to be aiming more for the “Ultimate” version of the Fantastic Four, where the group, plus Doom, are involved in a teleporter accident that gives them all, even Doom, their powers.  They’re also much younger than traditionally seen.  That all lines up with the new trailer, and it seems the trailer is suggesting that Reed Richards invented a teleporter as a form of travel for exploring other worlds.

Now I need to drop some science.

On a similar note, most movies deal with time travel, too, since the characters have progressed forward in time over the course of the film’s run time.

But that doesn’t mean Jenny wins the bet.  Not by a long shot.  Genre standards would characterize space as being a place with zero gravity between planets.  There’s no sign of that in the movie trailer.  Another planet is seen, but that could be the Negative Zone, and that’s a different dimension, not out in space.

So, for Jenny to win the bet, the FF need to leave Earth’s gravity.  There’s no sign of that in the trailer.  That would seem to defeat the point of inventing a teleporter.

Now, the movie has not come out yet, and we don’t know for certain if at any point there is anything set in zero gravity.  Jenny could, theoretically, still win the bet.  But her protestations on the podcast aren’t correct for the purposes of the bet as most people understand the concept of “going into space”.

Maybe we just need to find the right person to explain this to her.