Marvel’s hit a bit of a streak lately.  Age of Ultron has been at least a commercial success even if it isn’t quite up to par with the previous movie.  Meanwhile, Daredevil earned a second season on Netflix after an excellent first year.

Would you believe Daredevil once fought Ultron in a comic book?  Oh, and Daredevil won.

The basic idea was for the Acts of Vengeance storyline, various Marvel villains would switch up and fight someone other than their usual opponent.  Someone felt the guy whose superpower was compensating for blindness needed to fight the indestructible robot that usually waylaid whole Avenger teams.  Daredevil had a couple helpers, most notably the Inhumans Gorgon and Karnak, and that was that.

How did Daredevil prevail?

He had a stick.

No, not his old mentor Stick.  A regular ol’ stick. 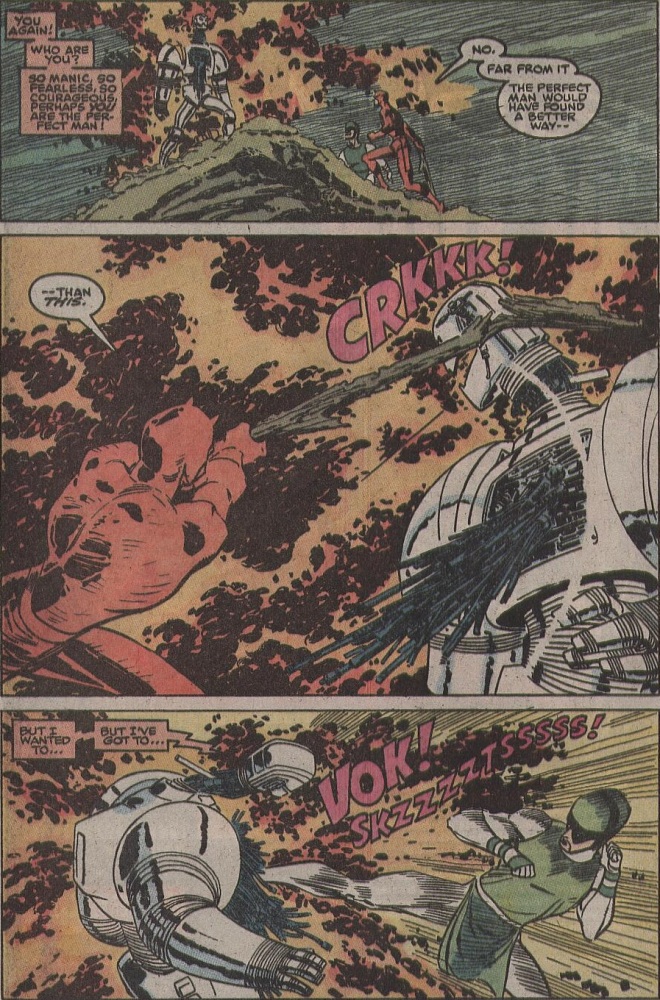 Now, to be fair, this apparently was a weird, weaker version of Ultron that had numerous different Ultrons vying for control of the body.  What did Daredevil do?  He used his advanced senses to find a weak spot in Ultron’s frame and just kept cracking that spot with a tree branch.

And that’s how Daredevil beat Ultron.

Now, we can speculate if we want to about how this might be symbolic for the performances of the two respective characters in recent live-action media…but I won’t, because that would be silly.

One thought on “Daredevil Vs. Ultron!”