In an effort to educate you sweaty animals on something other than Daredevil infographics, we bring you another article on science.  New discoveries indicate that the use of tools predates what we have long thought launched the dawn of civilization.

Despite my aunt from Alabama’s protestations that the world is only 6000 years old, a new paper by some smart science nerd says otherwise:

According to a paper published by the science journal Nature, the oldest stone tools made by our human ancestors have been discovered in northwestern Kenya and they date back 3.3 million years — about 700,000 years before the oldest tools previously unearthed.

“We have extended the archaeological record by almost a third,” Jason Lewis, the co-author of the paper, told CNN. “That’s like finding cell phones back in the early 1900s.”

Previous evidence found in Ethiopia suggested that the oldest stone tools of the genus Homo, to which modern-day humans belong, dated back 2.6 million years.

The newly-unearthed stone artifacts predate, by a great margin, the oldest humans, who are believed to have emerged 2.8 million years ago.

Wait.  That last line?  There are tools older than humans?  That could only mean one thing!

It is amazing what we continue to learn from actually using our brains.  I hope you’ve enjoyed this educational article. 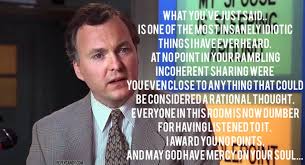 One thought on “Humans Are Old. Older than Shatner, Even.”