2014 is behind us, so enough jabber about last year’s movies.  2015 is here.What are the 10 tentpoles movies that pique my curiosity in the New?  Let’s take a look.

I am a sucker for SpongeBob.  He just makes me laugh.  This entry, due out February 6th, hands onto the dry land and into the realm of CGI.  I look for this to occupy the real estate occupied by Lego Movie last year but not to do quite that much at the ticket window.  I’m thinking this one grosses $80M in North America.

I’ve been bashing this one pretty hard since Gabbing Geek podcast first recorded from the rickety table in my kitchen.  I’ve thought it was destined to be Marvel’s first major stinker.  Seeing the trailer, I think I may have to wait.  This looks good.  Aquaman good!  The tone, mood, style, and humor seem to fit the Marvel Method for a Movie Age.  This movie is going to be a nice hit.  I predict it will hit $160M.

I was not looking forward to this one until I saw the scene pictured above.  Now I want to see it and be frustrated about how, despite improved CGI, it is the same movie as the ones from the 90’s.  That said, this has HIT written all over it and I think it will be fun.  After Guardians of the Galaxy, Chris Pratt will become a TRUE global superstar if this hits at the levels I predict.  Call this one @ $290M.

This adaptation of the Mark Millar graphic novel was supposed to come out in October and got the postponement to February; generally the kiss of death indicating a stinker is lurking.  But the trailer was SO spectacular, the source material is strong, and the director is A-list (or at least A minus…).  I’m hoping it was crowding and the studio still believes in the movie.  Playing the odds though, this one grosses on $70M.

Yup.  Amidst this top ten of testosterone fueled action films is the sequel to a comedy about a girl’s A Capella group.  Yeah.  Suck it.  I took my boys to see the original at the discount theater even though it was out on VOD (we prefer the big screen).  I was totally going to browse Facebook on my phone in the hopes of getting kicked out of what I suspected was a snoozefest.  How wrong I was.  This movie WHIPPED IT!  Can’t wait to see the sequel no matter how redundant.  Still, this one should stall at $65M but sell a lot of soundtracks.

Sadly the biggest negative about this is that it is being directed by Ridley Scott.  Whoever thought someone would type those words in that order, but there they are.  Still, Matt Damon in science fiction film where we know before hand he is going to appear?  Sounds great.  Still, Scott and SciFi have not been a great financial pairing:  betting on this hitting the $70M and losing the studio a ton of money.  If it even gets released in 2015…

Disney again uses an iconic leading man to adapt one of its theme park attractions into a feature film; this time Clooney instead of Depp.  Pirates was just one ride.  Tomorrowland is a whole section, so the stakes are much higher for Disney (not really.  I don’t know why I typed that…).  The plot is kind of mysterious, only indicating some kind of dimensional travel to an amazing new world.  With Director Brad Bird (Incredibles, Ratatoille, MI:4) paired with Clooney, I am stoked to see this one.  $230M! 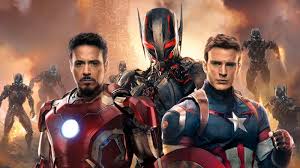 I wonder how pissed Chris Hemsworth is to not be in this poster?

It is 2015.  The year I turn 40 years old.  But things aren’t all bad as a DIRECT SEQUEL TO RETURN OF THE JEDI IS RELEASED THIS FREAKING YEAR!!! Can you believe it?  A non-prequel Jedi movie!  One that has Luke Skywalker, Han Solo, Princess Leia, and no Midichlorians!!!  While Ryan has convinced me that AoU will do better at the box office, this one still foes a healthy $620M; pairing with Avengers to shatter domestic and global box office records.