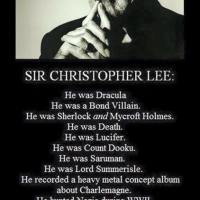 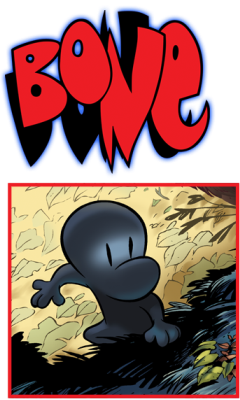 Volume 5 comes across as a break from the main action in many ways and just going back to the comedy.  Essentially the entire volume has Fone and Smiley Bone first trying to escort the rat creature cub back to its people, and then trying to get the heck off the mountain while avoiding both Kingdok and his rat creatures and a giant mountain lion named Roque Ja, mispronounced as Rock Jaw by the Bone cousins. 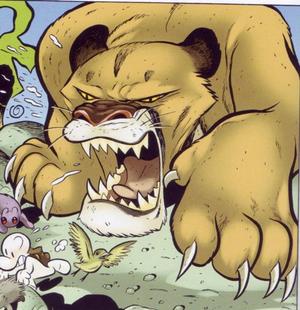 Rock Jaw is an incredibly fascinating character in many ways.  I don’t think I cared for him much the first time around, truth be told, but this time around I decided to pay attention to what he does and what he believes.  He’s not a friend, but not quite a foe, at least not in the same way that the rat creatures and the Lord of Locusts are.  He’s clearly out for himself, and makes hypocritical comments about how no one can be neutral in the coming war, yet he himself seems to be pretty neutral.  He doesn’t like the dragons or the rat creatures, but is more than willing to hand the Bones over to the rat creatures if he gets some kind of reward for it.  If he gets nothing, he’ll, well, not be happy.  Rock Jaw says he is above good and evil, and that everything is all about nature, but he will sit outside a hole for hours or days waiting for something to pop out.  He’s basically a large cat.

Oh, and they have a lot of talking animal kids with them, most of them orphans because of the two stupid rat creatures.  Despite the presence of orphans, this may be the most cartoony volume in a while, since the days of giant insects and instant blizzards.  Fone Bone gets to use Moby-Dick as a defensive weapon by putting the rat creatures to sleep at one point.    Smiley checks one of the rat creature’s mouths for missing kids.  A small pig has a foot fall asleep at a bad moment.  It’s just a silly volume. 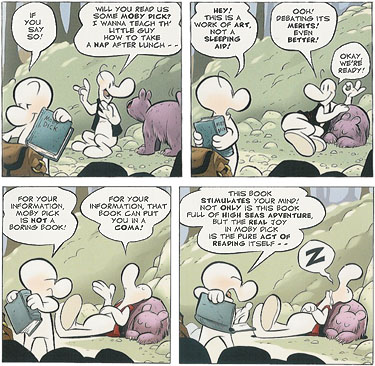 This is not to say important things don’t come up.  Hints come around that the Lord of Locusts and the original dragon were the same thing.  The rat creature cub Bartleby, named by Smiley, may go back to his people at the end of the book, but it won’t stay that way.  That may be one of the odder notes of the volume, since after Rock Jaw’s insistence on nature being the important thing, not good or evil, it seems weird that Fone echoes these comments when he says Bartleby going back to the rat creatures is a good thing.

Furthermore, the stupid rat creatures let it be known that their people used to be happy just living in the mountains before the hooded one got Kingdok riled at the valley people.  Even the rat creatures aren’t as much to blame for everything that’s happening.  They aren’t blameless, but they’re also being pushed.

Also of note is Bartleby’s name.  While Fone gets a lot of use out of Melville’s best known novel, Smiley has inadvertently named the cub after the protagonist of Melville’s short story “Bartleby the Scrivener”.  Bartleby in that story basically has no desire to do anything and eventually starves to death in prison because he preferred not to eat or work or, well, do anything.  The Bartleby in this story will, ultimately, prefer not to do what rat creatures do.

As Fone and Smiley get back to the forest and the orphans disperse, the story goes back to the main plot, and we finally learn why Phoney is so important to the Hooded One in Volume Six Old Man’s Cave. 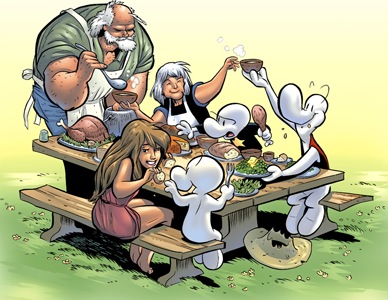