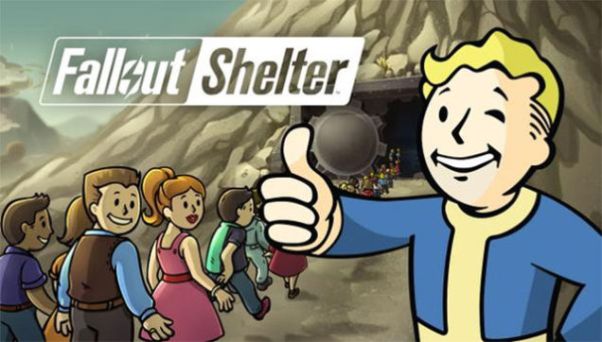 Ok, it’s not Fallout 4, and you’re going to need an iOS device (Android “coming soon”) but Bethesda has released a mobile game called Fallout Shelter.  It looks like a radioactive version of Sim City and similar games.  You are the Overseer and you create your own vault.  You are responsible for the safety of the vault and the happiness of its inhabitants.

It has more of a cartoony Vault Boy look than hardcore Fallout, but it definitely looks and feels like a Fallout game.  The game is free and there are no “pay wall timers”.  You can also play without an internet connection.  If you’re not already running off to download, view the E3 gameplay video announcement (and maybe some bonus features about the Fallout 4 release if you are really good) after the break.

As a bonus, here are the gameplay announcements from E3 for Fallout 4:

And in case you needed something else to talk about with your Geek friends today, you can also get this:

The collector’s edition of the game will include an actual Pip-Boy wearable sleeve that you can slot your phone into, meaning you’ll be able to access all of the features just by glancing down at your IRL arm. “As far as stupid gimmicks go, I chose the best fucking one,” said Bethesda’s Todd Howard on stage at E3.

You will, of course, also be able to use the iOS and Android app without the elaborate attachment. Fallout 4 is out on November 10th this year; the Pip-Boy Edition will cost $119.99, €129.99, or £99.99, and Bethesda warns that supply will be very limited, with pre-orders set to open soon. The package also comes with a Pip-Boy manual, a poster, and a metal case. 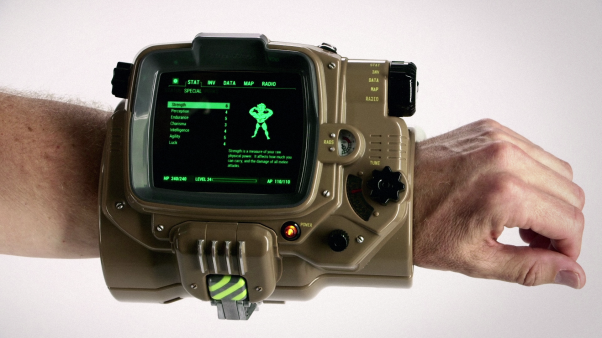 One thought on “Play The Latest Fallout Game Right Now!”