A couple of new entries over the US Independence Day weekend.  Can the newest installments of the Magic Mike or Terminator franchises dethrone the box office juggernauts that are Jurassic World and Inside Out?  Who won the week?
* Coming in first this week  was Jurassic World once again, grossing $30.9M in its fourth weekend. World holds off the competition to claim a rare four week run at the top spot.  Look for it to fall next week when Dreamworks’ Minions opens.  JW’s total domestic gross is now $554M!!!

* Finishing second his week was Inside Out,  netting $30.1M in its third frame.  Inside Out looked like it was going to finally hit the #1 spot, but Jurassic seems to have nudged the Pixar toon by less than a million.  If those numbers hold up, Inside Out will never make it to the #1 spot.  At $246M, and a lot of wind left in its sails, look for Inside Out to displace My Big Fat Greek Wedding in the next week as the biggest hit ever that never made it to the #1 spot.

* Number three this week with $28.8M was Terminator: Genysis in its debut weekend. With $150M budget, Arnold won’t be back! 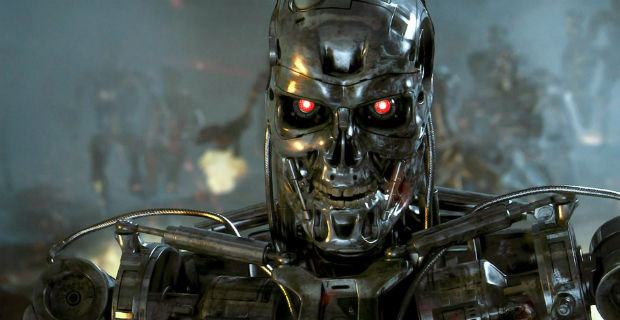 * Pulling in at #4 this week was Magic Mike XXL with $11.6M. Mike clearly wasn’t packing much this time around!

* Rounding out the top five this week was Ted 2 with $11m.  The McFarlane/Wahlburg comedy dropped a HUGE 67.2%!!!  This is good if you’re a Family Guy fan, because it means he will be around for a LONG time!