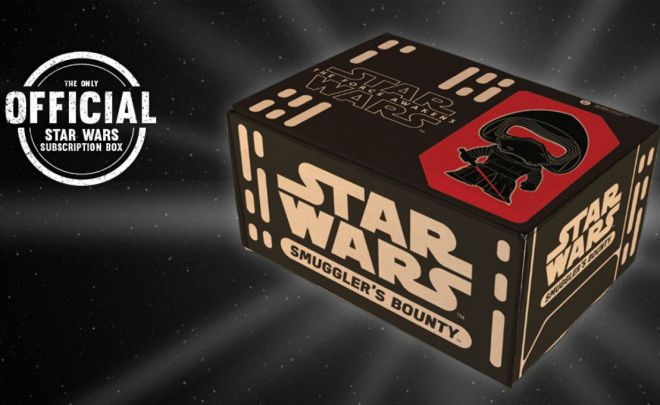 The Force is strong with this new mystery geek box. Star wars fans – your mind is about to be blown! 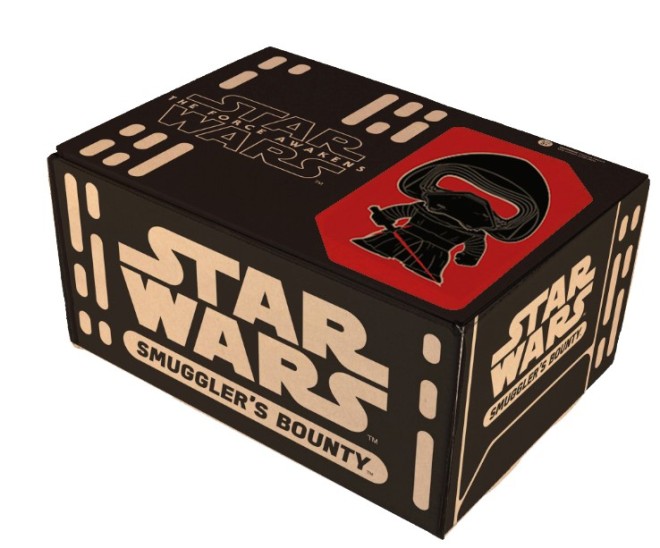 According to Geek Nation:  The latest Force Awakens tie in from Starwars.com sees Funko and Star Wars pairing up for  ‘Smugglers Bounty,’ the only official subscription box from a galaxy far, far away. Modeled after the successful Marvel Collector’s Corps, each box will feature ’100% exclusive collectibles, apparel and accessories from the Star Wars universe!‘ Their debut box will ship this November with a tie in, naturally, to The Force Awakens.

The debut box entitled The Force Awakens: The Dark Side will feature, naturally, all things tied to the December 18th release of Star Wars The Force Awakens. Inside the box full of mystery items, there will also be TWO exclusive Pop! vinyl bobbleheads that feature characters from the upcoming film.

Each box will set you back $25 and ships every other month. Members will receive exclusive Star Wars-themed Funko items valued over $50 with each box focusing on a different part of the Star Wars universe with exclusive memorabilia included. I’m already hoping (and wishing) for Original Trilogy and The Clone Wars swag.

For the Smugglers Bounty, two member levels are available: a monthly plan and annual plan. With the annual plan, a mystery reward is given once completed after a year.

Holy banana pants people! If this is anything like Marvel’s Collector Corp (quality) than this box is totally worth it. I’ve been subscribing to MCC since April, and have not been disappointed yet.

So who’s with me!? Anyone else going to sign up?