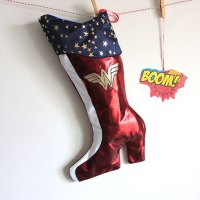 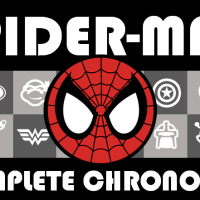 I get it.  Writing an ending is hard.  There are likely unreachable expectations to live up to.  All the while trying to tie up all the loose ends and plot points your series has introduced over its lifespan.  Some accomplish it better than others and some fail miserably.  In the last few weeks we’ve seen very weak final issues from Planet Hulk, Secret Wars Journal and Armor Wars.  And don’t even get me started on the last issue of Captain Britain.

After the break we’ll look at some of those books among the biggest winners and losers of this weeks Secret Wars Power Rankings.  Tom also drops by with his thoughts on the most overrated and underrated books of the rankings. 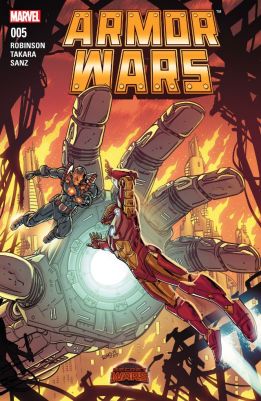 Tom:  I think this may have more to do with me not being an Iron Man fan outside the movies, but this series didn’t do much for me.  The underwhelming ending didn’t help much.  Every so often, I give Iron Man another chance, and I always end up being a little disappointed.  I don’t hate the Golden Avenger.  I just find him rather mediocre and often dull.  I might have said something sooner, but the blah ending to this one really cemented the deal for me.

Jimmy:  I’ve never really collected Iron Man outside of the original Armor Wars storyline and the first few issues of Superior Iron Man, where the only thing he was superior at was being a jerk.

I was really enjoying this series though…until the last issue.  What a disappointment.  Hard to explain why as I’ll avoid spoilers, but it almost read to me like James Robinson just ran out of issues and had to clue everything up and explain everything in this final installment.  And the quickest, dirtiest way to do that was to have text spew endlessly like some Bond villain explaining his master plan as 007 manages to escape.

It’s funny that this book got leapfrogged in the rankings by Planet Hulk which followed a very similar trajectory of being an outstanding series with a very disappointing final issue. 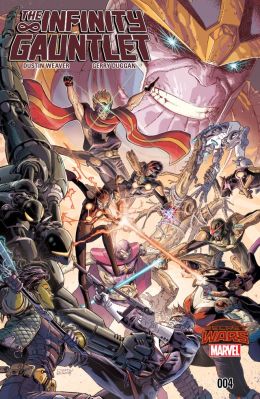 Tom: Yeah, it’s probably not the same Thanos from the 616 universe, but this one had a clever twist to allow him to gain control of the Infinity Gems without actually wearing most of them.  This series seems to be covering most of the cosmic Marvel characters and doing a better job of it than Guardians of Knowhere.

Jimmy:  I’m pretty disappointed that this isn’t going to tie into the main series and that this is not the 616 Thanos.  That’s just the kinda guy I am.  But anyway, this series has gone from good to great and hopefully will buck the current trend above and finish strong.  Those “good” issues are weighing it down out of the top ten currently, but at 16, it’s not ranked too shabbily.  And depending on that final issue, it might be top ten bound yet.