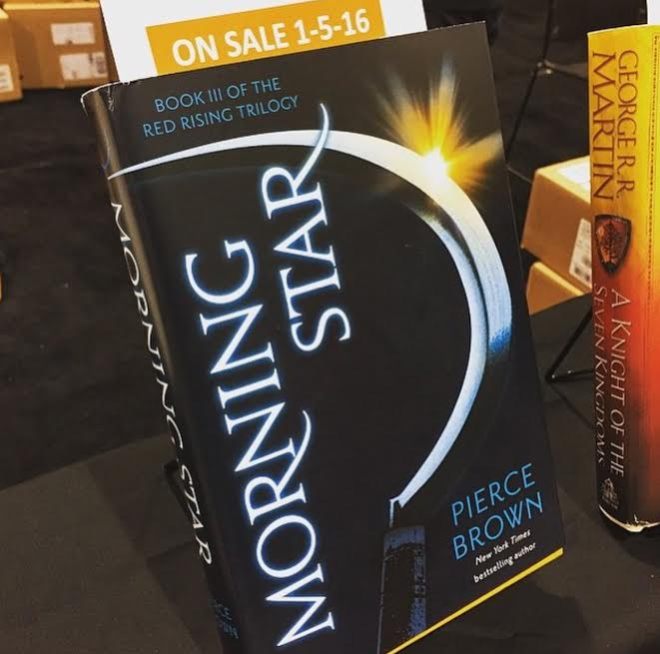 While our efforts to land an interview with Red Rising author Pierce Brown have been unsuccessful and that pesky court order kept me from coming within 100 yards of the Texas Teen Book Festival this past weekend (don’t ask), Mr Brown did conduct an AMA on Reddit today and answered two of Gabbing Geek’s questions.  Find out the answers and other interesting tidbits after the break!

First, and most importantly, Mr Brown answered two of our questions.  The first one was an attempt to get around the whole “I like the final product so much I won’t change a thing.”

Q: Now that you’re wrapping up the series, if you were forced by Razor-wielding hooligans to make one significant edit to Red Rising, what would it be?

A: Can I make Apollo die slower?

The second question took a different approach from the inevitable avalanche of movie questions:

Q: I’m sure we’ll get plenty of questions about the Red Rising movie status, so let’s flip that. If Red Rising were being made into a cable series, which network would you most want it on: AMC, HBO, Netflix, Showtime, or Starz?

A: HBO. But with Game of Thrones on, the network would feel a bit EPIC oversaturated

In addition to these two outstanding questions, Mr Brown answered a number of other, lesser questions with some interesting information.  You can check out the entire AMA thread by following this link but here are the answers I found most compelling: