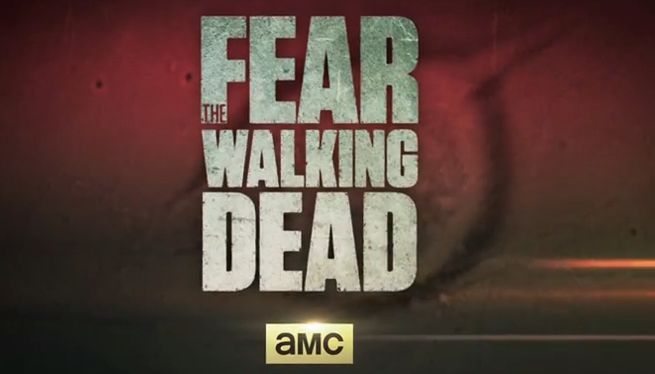 Fear the Walking Dead just finished its first season with the season finale, “The Good Man.” Find out what the Gabbing Geek crew had to say about the first season and the finale after the break.

[FEAR THE WALKING DEAD SPOILERS BEYOND]

Ryan: I thought last week’s episode was close to perfect, but I could sense the show was holding back so I only gave S1E5 a 9 out of 10.  I’m glad I did because otherwise I would have had to move the scale to 11.  Because THIS was a perfect episode.  Amazing.  From the moment Salazar walks up to the compound gate and tells the guards “You should save your ammunition.” and we see the entire stadium of zombies heading down the road we know we’re in for a monster event.

It wasn’t just that the episode had so many great moments, it’s that the entire season built up to those moments.  When Alicia and Chris are confronting the soldiers over the SUV, we had the moments from the last few episodes showing their bond growing and that makes Chris’ actions believable and not artificial tension bait.  The quid pro quo relationship that Ofelia started with the soldier that led to his torture and then Travis’ decision to release him all felt real–and when the soldier comes back (because all Walking Dead watchers or readers know that those decisions are like zombies, they always come back to bite you) and Travis wails on him we understand exactly why without him saying it.  He didn’t need to grunt out “I…let…you…go” while the fists flew, we already knew.

And that led to the big moment at the end, when we learn Liza has been bitten.  The hug she gave Chris and her final words to him all seemed like a moment of relief at being reunited and safe.  Instead, it was a farewell and it was brutal in hindsight.  The final moments combined with the decision of who will shoot…outstanding.

The first season wrapped up so many points but there’s still more to discover.  What are Strand’s plans and why does being on a yacht require a heroin addict?  Nick’s little speech at the end was nice about the world catching up to his insanity, but he’s still a recovering addict who will need his fix soon unless he just did a Hollywood cleanse.  And will the yacht connect with other boats who may have been isolated from the outbreak?  The rumors are that the clip-series about the plane that crashed will have a survivor who joins the cast–I hope he can swim!  (Or I’m guessing the boat plan doesn’t last long.)

I can’t wait to see what happens in season 2.  Nice work, Fear.  Respect.

I can agree with that to some degree.  There is still a level of technology and such going on here that is above most things that occur on The Walking Dead.  But not always.  There are always guys with guns and vehicles.  Even working hospitals.

On the plus side, I found the “lead up” sections of the season to be weak.  They didn’t have to be, but if the whole season was like the slow walk of the first episode, I’d be moving on.  It could have worked, but it didn’t.  On the other hand, with regards to it becoming The Walking Dead 2.0…if it ain’t broke, don’t fix it.  That said, it still has a long ways to go to reach the lofty levels of its predecessor though.

One of the biggest differences between FTWD and WD has been the lack of walkers.  Ryan and I have both commented on the absurdity of the lack of walkers and people outside the compounds.  That somewhat changed tonight with the first walker herd.  But still, that is only 2000 or so people from the entire populace of the surrounding area.

And speaking of the walker herd, was that really the only option for getting your people out of the army base?  (And it was a bit much how casual Salazar was walking up to the gate with 2000 walkers behind him…that no one noticed until the last second and then you could hear them everywhere.)  Sure, the enemy of the enemy is my friend and they distracted the army, but you put yourself at a huge risk to save your family.  Almost getting everyone killed and eventually losing a loved one anyway.

I see that Ryan calls this a perfect episode, I wonder if his tune would change if he actually watched The Walking Dead?  It was a good episode, I know it seems I’ve mostly bashed it, but it was typical Walking Dead, which is not a bad thing.  Use the walkers as a distraction to get into and out of somewhere you weren’t supposed to be to rescue your people.  Ryan does a much better job than I could of getting into the great individual scenes of this episode.

While I thought the season as a whole was a bit disappointing, it is gaining steam and the finale was easily the best episode.  It answered most questions and tied up most plot lines while setting things up for season two.

I’m really looking forward to seeing what happens with Strand and the boat escape is definitely a different twist that I wonder how much they will make use of?  Is someone going to try to hijack the boat every week?  Are they going to dock somewhere and run into trouble and spend the episode getting back to the ship?  Will there always be an inlet, canal or fjord to allow them to get where they need to go?  Will killing Liza break Travis as predicted twice during the season?  Will they tell Chris the truth about her death or let him believe she killed herself?  Exactly how much did Chris enjoy watching Alicia eat that Popsicle?  All these questions and more will need to be answered in season two.

Score: 8.5 out of 10 pass cards that work every time except when needed for dramatic effect