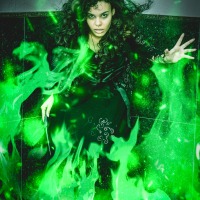 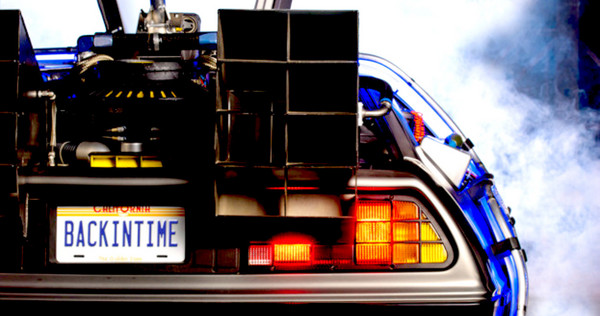 I read an interview once with actor Crispin Glover where he talked about, among other things, why he wasn’t in the Back to the Future sequels.  Essentially, in the interview he stated that he questioned the ending and co-writer, co-producer Bob Gale then did everything in his power to keep Glover out of the eventual sequels.

What did Glover question?  Did he question what happened to the Marty that left the perfected time line to jump into past from the Lone Pine Mall?  Or what happened to those armed, and surely not dead, Libyan terrorists?   No, he basically, before filming the “George punches out Biff” scene, asked whether the message was whether or not violence solves problems.

That’s not a bad question to explore.

OK, let’s get a couple things out of the way first.

For one, yes, Back to the Future is a comedy, so we maybe shouldn’t take it too seriously.

For another, there are worse things to consider than violence solving problems when you consider that Biff nearly rapes Loraine and the McFlys still keep him around in the future.

I won’t even get into why Doc Brown worries about Jennifer meeting herself in Part II, an event that could cause the whole space-time continuum to collapse, but there isn’t any concern about Young and Old Biff meeting up.  In fact, I’d rather not even discuss the two sequels at all.  They’re pale reflections of the original movie, and as much as I like Back to the Future, it isn’t close to my favorite movie.  If I never saw it again, I probably wouldn’t mind.

And finally, let’s not worry overly much about how much Geek Entertainment seems to thrive on consequence-free violence as a means of solving problems, where a well-aimed shot or a good, solid right hook solves all kinds of problems.

But let’s look at the ending of Back to the Future anyway.

So, there’s Biff, laughing at George’s ineffectiveness.  There’s Loraine sitting on the ground, apparently unable to run away or scream for help after Biff tried to have his way with her.  George finally reaches his breaking point, makes a fist, and punches Biff out.  He wins over Loraine, Marty gets to continue to exist, and everything works out well.

I mean, things work out really well.  When Marty gets back to 1985, his parents are fitter, happier, friskier, and the inside of their house (except, apparently, Marty’s room) is much nicer.  Marty’s brother has a good job, his sister is happily dating all kinds of guys, and Biff does whatever George tells him to because now he’s a meek kiss-up.  It’s probably a good thing the McFlys still bought the exact same house even if everything inside suggests a greater amount of financial success.  Marty might have been wandering around for a week before he found his home otherwise.

Now, I realize the real message of George popping Biff one was to show he finally had some confidence in himself.  He put his mind to it.  He could accomplish anything.  But really, George is already pushing some random creep away at the Enchantment Under the Sea Dance, and he’s being asked if he’d like to run for class president.  George learned self-confidence, and with it comes the knowledge of the power of force!

What sort of reign of terror does George unleash on his school?  When he’s asked if he would consider a run for class president, is it because people secretly fear him now?  Or, maybe not so secretly?

And how many more times is he going to have to punch Biff out?  Marty made Biff look pretty dumb a couple times, but Biff didn’t exactly get over it.  You mean one punch from George McFly suddenly makes him forget how he used to get his way all the time?  Did he take it out on other kids at the school?  Did he challenge George again?  I would think he probably had to.  Biff doesn’t seem to be overly popular at the school, but he’s still a big guy, and George was a convenient target due to his meekness up to that point.  Plus, seeing someone standing up to him, as Marty did, hardly made Biff back away.  Was Biff unconscious long?  In Part II, he’s seen driving away shortly after the incident, and he’s still got a bit of a fight in him.  That doesn’t mesh with the wimpy Biff at the end of the original movie.  George must have taught him several lessons over time, before punchdrunk Biff never even thought of angering George again.

I’d also wonder a bit about how Marty’s parents actually credit Biff with their falling in love.  Apparently, neither remember Calvin Klein.  You’d think someone with a famous name might have rang a bell years later, and that doesn’t even get into the attempted rape.  Was that cool in 1955?  Or 1985 for that matter?

See, we’re not supposed to think too hard about these things, but once you start, it’s really hard to stop.