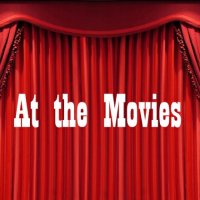 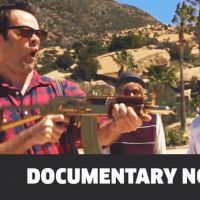 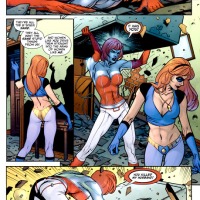 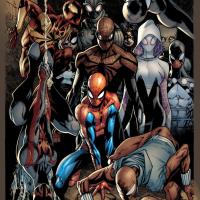 Since I seem to be on a roll lately for the humor era of the Justice League, I might as well tackle one more.  And hey, keeping with the unintended theme of those previous three, this character represents another ally nation from the European theater during World War II.

Yup, time for the French heroine the Crimson Fox.

Let’s get the obvious out of the way first:  this character did not wear a crimson costume.  It was, well, brown.  Plus, for most of the character’s history, I wouldn’t even say she looked much like a fox in that get-up.

Now, I suppose the fact the Crimson Fox was, under that really weird headpiece, a gorgeous blonde could lead someone to speculate that she was another kind of fox, but I’d rather not go there and would even hope that such outdated slang was no where near a consideration for her superhero name.

With that out of the way, let’s talk about the Crimson Fox…or, more accurately, the Crimson Foxes.  There were two of them originally.  That was actually the genius of the character.

The Crimson Fox was an identity shared by a pair of identical twin sisters, Constance and Vivian D’Aramis.  Introduced in the pages of Justice League Europe, the Crimson Fox was considered for membership since the European League had, like, zero European members unless the Russian Rocket Red counted…and he didn’t apparently.  Where else were they going to go?  The Beefeater?

The Fox struck the League as odd, since she had a now-you-hear-it-now-you-don’t French accent, but not a real French accent.  JLE leader Captain Atom actually referred to it as a “comic opera” French accent.  You know who talks like that?

Well, there was a good reason for the disappearing accent.  Vivan was the D’Aramis sister most likely to wear the Fox costume, and that was her accent.  Constance spoke much better English.

What was more, the two ran a large perfume company, Revson.  Well, more like Constance ran it.  Constance had to fake her own death, so the public thought Vivian was the only living sister.  She wasn’t.  Constance posed as Vivian while she ran the company and Vivian, for the most part, wore the Crimson Fox costume.  If the French accent disappeared, that was all the reader needed to know it was Constance in the suit.

What powers did the Crimson Fox have?  Well, pheromones, which may have come from running a freakin’ perfume company…but also above average dexterity and some razor sharp claws in the gloves.

Actually, things didn’t end well for either of the Crimson Foxes, and not just because Vivian started dating Metamorpho the Element Man.  Both ended up dead.  Vivian was killed by a League foe named Puanteur.  I don’t really remember anything about that guy, but his name translates from the French to…the Big Stink.

Constance’s death I do remember.  It occurred during the great 90s Starman series, when Jack Knight’s enemy the Mist went masquerading as a hero named Icemaiden to practice killing superheroes.  That meant during the first mission of a revived Justice League Europe, she smashed the Amazing Man in his glass form, melted the Blue Devil with holy water, and set off a bomb to attempt to kill Firestorm (and was not successful on that one, plus Blue Devil got better).  But poor Constance died first when the Mist snuck up behind her and slit her throat.

A third Fox would appear later, saying only she was the heir to the D’Aramis sisters, but that was never really elaborated upon any further.  Maybe if she, you know, actually had something a bit more fox-ish going for her…

Let that be a lesson to you…don’t date Metamorpho.