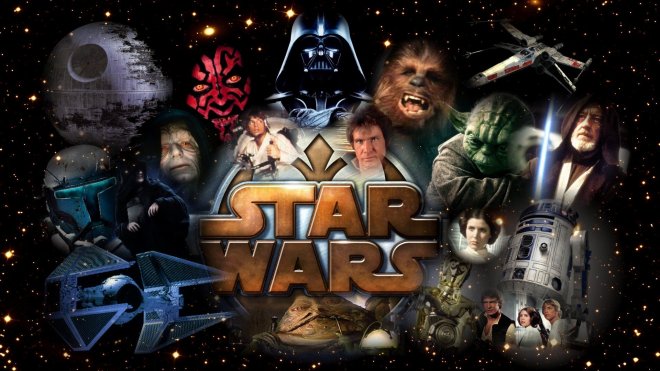 Man, now that the prequels are done and over with, the series just keeps getting better and better.

Let’s talk about The Empire Strikes Back.

Tom:  For my money, Empire is the best of the various Star Wars films.  I’m not alone there.  There’s just a higher level of quality involved with Empire that doesn’t seem to exist for any of the other films.

I’d chalk much of that up to director Irvin Kershner.  George Lucas stepped away from the director’s chair, and I get the impression Kershner was more interested in the actors playing real people with real emotions as opposed to character archetypes that seem to exist when Lucas himself is directing.

That seems true for every character.  I’d argue even Chewbacca shows more emotion than he does anywhere else, and all of his dialogue sounds like the same sound effect played at different speeds.  Chewy’s mournful howl when Han and Luke are locked out for the night on Hoth is an emotional highlight for the Wookiee.

I’d also argue that this movie has the best lightsaber duel.  Yeah, it doesn’t have the acrobatics of Darth Maul’s many moves in Phantom Menace, but what it lacks in stunt work it makes up for in atmosphere.  Luke doesn’t seem to be merely fighting Vader…he seems to be fighting the whole damn room.

Plus, the paternity test results apparently came back positive.

I feel I’d be remiss if I didn’t bring up Han Solo, or more accurately, Harrison Ford.  Alec Guiness wasn’t the only one who wasn’t a fan of these movies.  Ford has been rather vocal about not much liking Han as a character, and supposedly he was left frozen in carbonite due to the fact no one was sure if he’d come back for the next one.  He did only on the condition that Solo be killed off, only to have Lucas himself change his mind during production since dead Han wouldn’t sell as many action figures.

But really, this movie shows how to do a sci-fi romance right as Han and Leia fall for each other.

Plus, this movie has my favorite scene of any of these movies, namely the chase through the asteroid field.

Final Notes:  This movie has the only moment in the original trilogy where Vader spends any time with either of the droids, and 3PO spends the whole scene in pieces on Chewy’s back.  No wonder Vader didn’t recognize him.  And man, for a puppet, Yoda sure seems a lot more expressive than he did in the prequels.  That takes some real puppeteering talent from Frank Oz.  Jim Henson had taught him well…

RYAN: You love Empire Strikes Back.  I know.

And you should.  Because Empire does something that no sequel to Star Wars should have been able to do: it surprised us all the Force-loving time!

Star Wars (no, I’m not going to call it A New Hope, deal with it) gave us amazing dogfights in space.  So we’re expecting that with a sequel.  What do we get instead?  A space battle ON AN ICE PLANET!  Holy smokes.  And can anyone truly forget the feeling you had when you first saw an AT-AT plodding towards the Rebel base?  Forget the engineering insanity that says these vehicles make sense–the mental warfare these metal dinosaurs unleash is on par with having a giant Death Star as your flying fortress of doom.  (Neither one worked very well but does show a certain sense of psychological consistency.)

Look, it’s easy enough to cement this moment as one of the greatest few seconds of cinema in history.  But let this sink in a little bit: IT WAS A SEQUEL TO A POP CULTURE PHENOMENON.  That just doesn’t happen.  When a movie takes over our culture like Star Wars did there is NO WAY the sequel should surprise or potentially surpass the original.  The odds are astronomical.

But never tell us the odds when it comes to Star Wars.

One thought on “Star Wars Rewatch: The Empire Strikes Back”