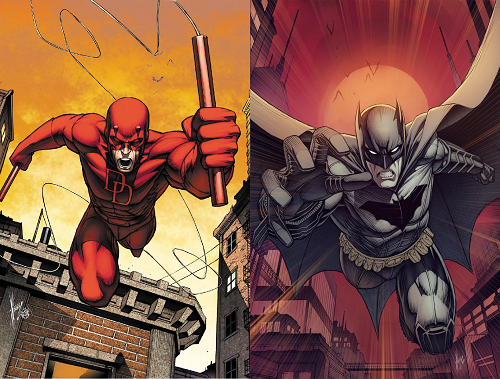 Marvel/Disney and DC/Warner Brothers have been circling each other, looking for weaknesses, as befits a pair of business rivals looking to earn some of the mighty audience dollars, the most powerful substance in either universe.

So, how has the most recent iteration of this rivalry come up?

Netflix has announced that the second season of Daredevil will premier on March 25th.

What does that have to do with the price of kryptonite?  Well, that’s the same day that Batsoup opens in movie theaters nationwide.

Will audiences go out to see Ben Affleck glower at Henry Cavil, or stay home and watch Charlie Cox glower at Jon Bernthal?

My guess is they’ll somehow do both, but what do I know?