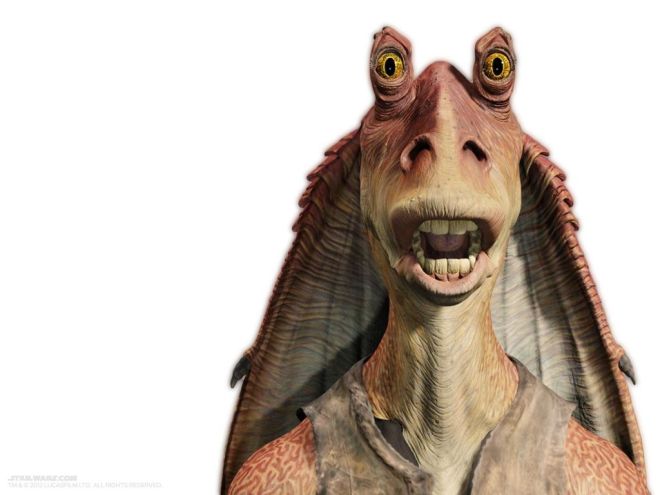 You know, there is a guy behind the character.  Ever wonder what he thinks of all that?  He…actually seems to have taken the whole experience in stride.  In an Skype interview with Star Wars superfan Jaime Stangroom, actor Ahmed Best comes across pretty well. Yeah, you may still not like the character, but you can at least find something decent to say about Best, who seems fully aware why Jar Jar is so despised.  Plus, he says he has no interest in going back to Star Wars.

See the interview after the cut, which ends with Best doing the Jar Jar voice to do Liam Neeson’s famous monologue from Taken.

One thought on “Jar Jar Speaks!”