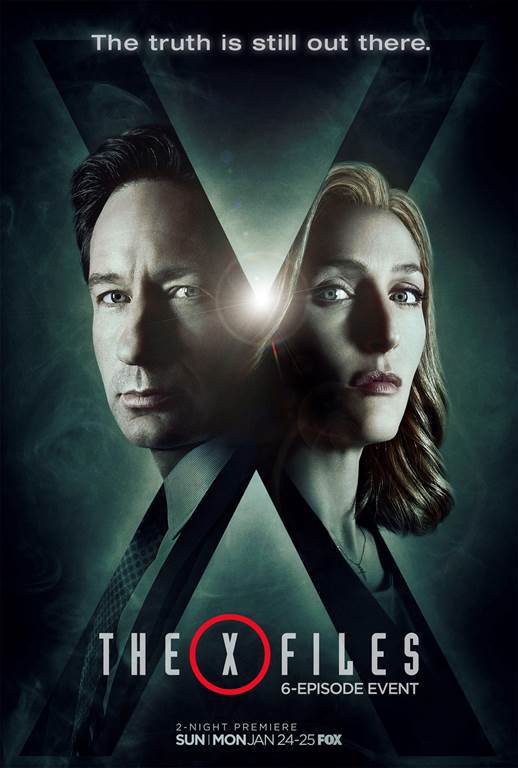 OK, I just finished watching the last of the new X-Files episodes, and as such, I feel like going on a Ryan-style rager.

SPOILERS for the last episode after the cut, because what the hell, man…

The new episodes, unsurprisingly, have been a mixed bag.  The monster-of-the-week episodes were fine.  The conspiracy episodes, well…

Truth be told, whenever I would watch the series, even years later in rerun, I found that formula held true.  Monster-of-the-week episodes were actually good and tense, while the conspiracy episodes were mostly confusing.  I didn’t much care what that cabal was up to, and mostly wondered when they were finally going to kill of Krycek.  Seriously, that guy was a cockroach on multiple levels, and every time it looked like they killed the bastard off, he came crawling back for more.  At least the Smoking Man looked sinister and compelling…and was just as much a cockroach.

What the hell?  Those two keep coming back, but the Lone Gunmen stay dead?  Not right, Fox, not right.

Anyway, the new episodes bookended with conspiracy episodes with a Chris Carter script.  The first one, aside from the bizarre casting of Joel McHale, wasn’t that bad.  They actually simplified the conspiracy to help it make sense.

Then came this episode.  I was mildly concerned when the “The Truth Is Out There” logo was changed to “This Is The End” which, yeah, last episode and all, but then the episode went on and it.  Was.  Terrible.

First off, Smoking Man is back for reasons.  And Mulder goes to see him for reasons.  And then new character Agent Miller rescues Mulder for reasons.  But there’s some kind of super virus killing, like, everybody that isn’t Scully and the Smoking Man, and I don’t think the show had the budget for a story of that scope.  They try to supplement it with shots of a crowded hospital where Scully and other new character Agent Einstein are working on a cure or a vaccine (hey, producers, vaccines prevent illness…they don’t cure ’em), and the occasional shot of a increasingly sick-looking McHale doing a half-assed Alex Jones crossed with Glenn Beck thing hosting an Internet show.

Does Scully save the increasingly sick Mulder?  Well, here’s the kicker:  I don’t know.  Nobody does.  The episode ended just as the two are reunited on a bridge outside Washington D.C.  Mulder is too sick for the potential cure, and his best hope is to find the son he and Scully gave up for adoption…so, like, no hope at all.  And I never found I really cared about the fate of William Scully anyway.  Then a triangular ship of some kind shines a spotlight on Scully and…cut to closing credits.

Look, I know that Fox said they would be glad to make more and all, but this whole thing kinda sucked.  We got one really good lizard man episode, a couple of decent monsters-of-the-week, and this thing.  Even if Scully’s cure worked, and the show doesn’t say, how the hell are they supposed to distribute it around the country, let alone the world?  We’re told (and dramas should show, not tell) that the disease is already killing military personnel and the elderly.  Why did it seem like there were scenes missing, like how Mulder went from standing to lying on the ground at the Smoking Man’s house?  I mean, I get it, Mulder’s got the super virus, but unless I missed a scene, that just seemed choppy.

There was just far too much going on to fit the episode’s time slot and budget.  Despite the fact the show was trying to depict the extinction of humanity, I never got the feeling that anyone was in real danger.  Mulder ran off, Scully did the science thing, and then there’s a space ship and cut to credits.  Who did they think they were?  The Sopranos?

See, this is why I never got into the conspiracy episodes.

Look, if Fox does want to do more, how about we try again with the two younger agents, Miller and Einstein, who were basically a younger version of Mulder and Scully anyway?  I’d actually be down for that.  And drop the conspiracy stuff.  It’s too complicated, frustrating, and it never seems to get solved in any reasonable way.  If Bones and Supernatural can both run as long as they both respectively have, then a new X-Files with some younger agents that don’t carry the baggage of Mulder and Scully doing weird cases could work out just fine.

And maybe bring back the lizard man.