There’s a lot of TV out there, and sometimes I sound like I am repeating myself, but that was before and I just finished season two, so here we are again. 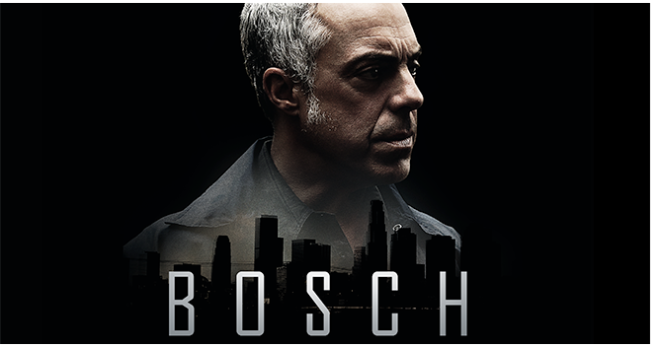 Following a first successful season (I guess, I have no way of knowing when it comes to a streaming service like this), Harry Bosch is back in Hollywood Homicide after serving a suspension from the conclusion of season one.

The same strong cast is back, and if Titus Welliver is as good as he was the first time around, it should allow fans of author Michael Connelly’s novels to be satisfied.

Bosch always relies on a strong cast, many of whom are veteran TV actors, doing what they do best in a cop drama.  The plot is based off Connelly’s own work, and this time around the disparate plots come together in a more cohesive way than they did in season one.  Lance Reddick’s deputy police chief has a subplot involving his son going undercover to look into some crooked narcotics cops, and though that seems tacked on, it actually goes somewhere and Reddick gives some fine, silent performances when he needs to.  Bosch’s partner J. Edgar has more to do this year, too.  All things being equal, the series took what worked the first season and expanded on it in good ways.

Funny thing:  I enjoy watching the show, but nothing story-wise really sticks with me afterwards.  As before, the plot seems to have come from who-knows-how-many cop shows before it.  The real draw is some fine acting work from the cast, but the script doesn’t really give them anything fans of the genre haven’t seen a million times before.