Each issue of a comic book series is usually a month apart.  So if Secret Wars #1 came out in May 2015, January 2016 should see the release of…Secret Wars #9.  Which is the exact issue that is coming out in two days time!  I’m not sure why everyone is complaining about this series being excessively delayed.  Looks like it is right on schedule.  🙂

But if you do need a reminder of what happened in issues #1-8, or you never picked up those issues and want to start with #9 for some reason or you’re Jenny and are just curious about Secret Wars but will never read it, check out the Marvel produced video after the break.  Secret Wars, The Story So Far…

END_OF_DOCUMENT_TOKEN_TO_BE_REPLACED

The All-New, All-Different Marvel Universe begins today.  Yes, Secret Wars is still ongoing.  And with issue 6 out today…it still has 3 issues to go.  But Marvel is soldiering on with the relaunch of their new universe.

With Miles Morales joining the MCU proper and supposedly being THE Spider-Man, Peter jetsets around the world in that horrible new costume.  Does any of this make sense?  Does it hold up?  Will it cause me to abandon Spidey like One More Day?  Find out, (mostly) spoiler free, after the cut.  (I say “mostly” as I touch on the basic premise of the setup for this new status quo, but no real plot points.)

END_OF_DOCUMENT_TOKEN_TO_BE_REPLACED

I recently got a frantic message from Jenny.  It went a little something like this:

I’m guessing she was finally getting to the bottom of here massive “read pile” and was running into the Last Days of the likes of Carol Danvers and Kamala Khan.  World’s were exploding, characters were dying, books were being cancelled and replaced with other books that looked similar but were very different.

I poured Jenny a glass of white wine and…well, then three more glasses of white wine.  And when she calmed down I broke Secret Wars down for her.  I’ll share what I told her after the break.
END_OF_DOCUMENT_TOKEN_TO_BE_REPLACED 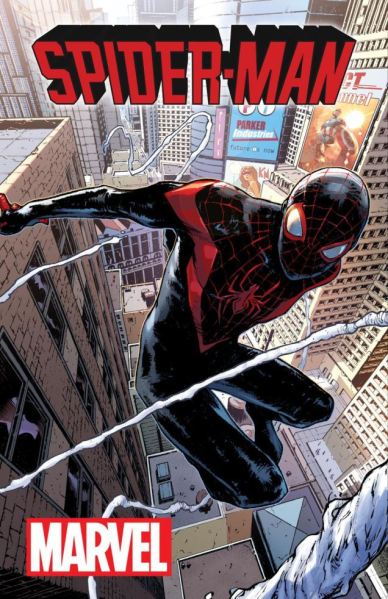 It’s no surprise that Ultimate Marvel breakout star Miles Morales would continue web slinging after Secret Wars in the new Marvel Universe.  He was one of the few truly original characters to come out of the Ultimate Universe, well, as original as a Spider-Man derivative can be.  He has been one of Marvel’s most popular characters, in any universe, since his debut in 2011 following the death of the Ultimate U’s Peter Parker/Spider-Man.

It’s been pretty much confirmed that Miles would be a big part of the post Secret Wars Marvel with his appearance as one of the newest Avengers in the Free Comic Book Day book from Marvel.  Over the weekend Marvel confirmed via the Daily News that Miles wouldn’t just be A Spider-Man, but would be THE Spider-Man.  The driving force behind all this seems to stem from the fanfare created by cries for Miles to become the next onscreen version of Spider-Man.  While that won’t happen anytime soon, those pleas did not fall on deaf ears.

The question now becomes, what of Peter Parker?