Those of us a certain age remember when it looked like the Hubble Telescope was a colossal, technological failure. Every story about it was about another malfunction. Thankfully it rallied after some initial repairs and has delivered decades of amazing shots; but none better than this photo of an entire honking galaxy!

From some group called “NASA”:

The largest NASA Hubble Space Telescope image ever assembled, this sweeping bird’s-eye view of a portion of the Andromeda galaxy (M31) is the sharpest large composite image ever taken of our galactic next-door neighbor. Though the galaxy is over 2 million light-years away, The Hubble Space Telescope is powerful enough to resolve individual stars in a 61,000-light-year-long stretch of the galaxy’s pancake-shaped disk. It’s like photographing a beach and resolving individual grains of sand. And there are lots of stars in this sweeping view — over 100 million, with some of them in thousands of star clusters seen embedded in the disk.

You know something that vast is teeming with life; even intelligent life. I can only imagine that in all of that galaxy, there is STILL no one who understands the appeal of Josh Hartnett. 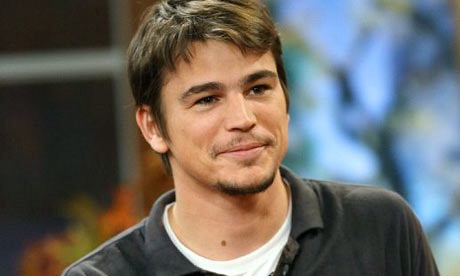 Remember when scientists thought there was indirect proof that there might be some planets outside our solar system?  Well thanks to sciencey scientists, we now know of over 1000 exoplanets.  We even found two that were so Earthlike that the Interview is playing on VOD there.