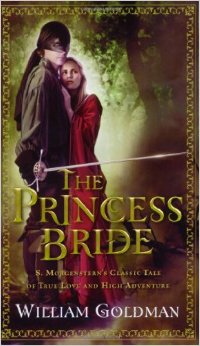 William Goldman’s The Princess Bride is a classic story famous for the movie scripted by Goldman as based on his own novel.

How good is the book?  Review and mild SPOILERS for a 30+ year old book after the cut.

END_OF_DOCUMENT_TOKEN_TO_BE_REPLACED

Back to the Future: The Ultimate Visual History can be purchased right now, but if you’d like to see some of the amazing production images and behind the scenes moments, jump after the break to check them out!

END_OF_DOCUMENT_TOKEN_TO_BE_REPLACED

Gabbing Geek episode 55 is not what you’d expect–if you were expecting the promised Geek Book Club about Fangirl.  That has been unexpectedly delayed to episode 56 and you’ll find out exactly why.  We also talk about Lego Dimensions, Gotham, the Martian (movie version!), and play an alien trivia game.  Give the episode a listen right now or jump after the break to find out more!

END_OF_DOCUMENT_TOKEN_TO_BE_REPLACED

Fans of Pierce Brown’s Red Rising series are only seven months away from the conclusion to the epic series according to a new photo posted by the author.  As covered previously here at Gabbing Geek (we’re huge fans) and other outlets, Morning Star was set to be released in the spring of 2016.  That was a departure from the January release dates of the first two books but, hey, there’s a lot of stuff to wrap up so we were understanding.  Anxious, but understanding.

And we have been rewarded for our patience.  Pierce posted the above picture on his Instagram today and also said the first page of book 3 would be posted on Entertainment Weekly’s website tomorrow at noon.  First page, schmirst page, we’re just pumped that book 3 is coming out months ahead of schedule!