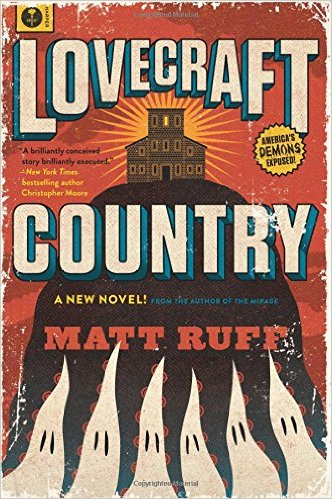 Matt Ruff’s previous book, The Mirage, was about a world where the various Arab states were united as a single country with a strong, secular representational democracy and the United States was divided up into smaller, poor, squabbling Christian fundamentalist nations that had more than a few terrorists shooting out of it.  It was an interesting book, seeing the real-world USA and the Middle East essentially switch places with each other, but didn’t quite stick the landing.

Lovecraft Country takes another angle:  the story follows a group of African Americans living mostly in 1950s Chicago, most of them relatives to each other, and has them dealing with the twin forces of evil.  On the one hand, there’s the sorcerous cult with quasi-Lovecraftian overtones that are out for power and looking to use the protagonists as their own pathways to power.  On the other hand, there’s the more real world problem of extreme racism the characters face every day.

SPOILER-FREE review after the cut.

END_OF_DOCUMENT_TOKEN_TO_BE_REPLACED 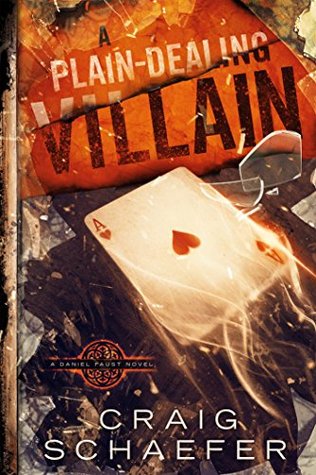 Daniel Faust, mage and con man, finished off his first trilogy of novels by disposing of a particularly nasty villain who either didn’t know or didn’t care that her plans would destroy all of creation.

So, what’s a guy living out of Vegas with his succubus girlfriend to do for an encore?  Review and mild SPOILERS after the cut.

END_OF_DOCUMENT_TOKEN_TO_BE_REPLACED

I know there are a lot of book worms out there, and what better way to show your love for your favorite story, than to tote it around with you wherever you go. Thanks to NovelCreations, you can choose your very own clutch or should length book-purse. Shop owner Karen has many different styles and choices from Harry Potter, Pride & Prejudice, Treasure Island and so much more. Check out a few of our favorites after the break:

END_OF_DOCUMENT_TOKEN_TO_BE_REPLACED

Let’s hear it for peer pressure.  After Watson, myself, and a podcast listener told them so, the crew of Gabbing Geek will be reviewing Close Encounters of the Third Kind.