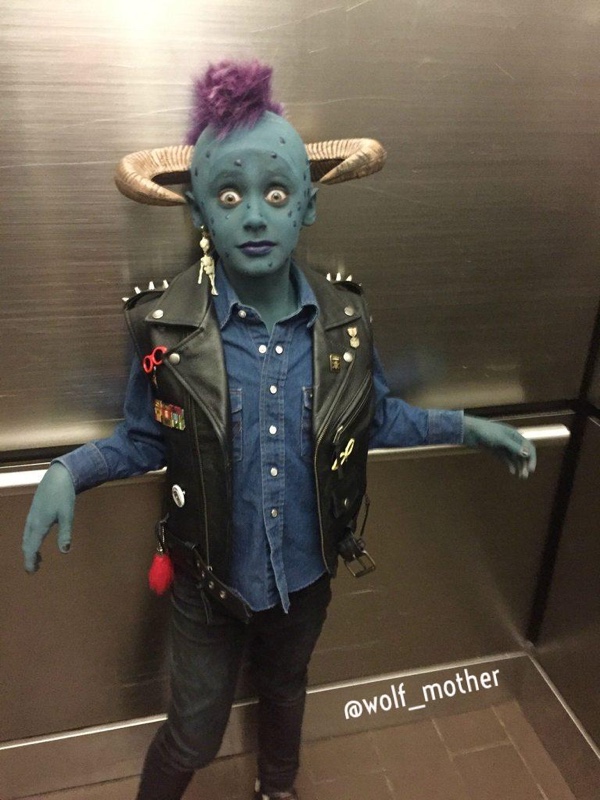 Flashback Friday has never been so cool! Just check out this awesome Maurice from Little Monsters cosplay. It was created by Imgur user wolf mother and adorned on her more than willing son. Apparently this has become a yearly thing, where the little man as dressed up as Edward Scissorhands, David from Lost Boys, and the one who’s name you never repeat thrice, Beetlejuice. (via Movie Pilot) 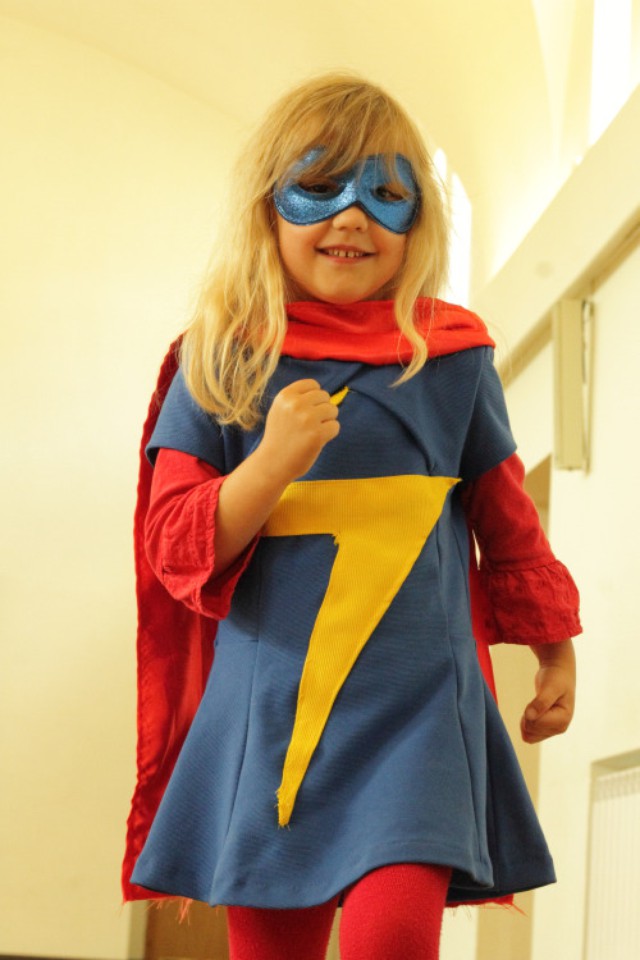 This is a cool story about this little cosplayer and her superhero dad:

“When Tumblr user Captain Milkshake’s daughter got an invite to a superhero-themed birthday party, she was thrilled. The six-year-old loves to read comics with her dad, so he set out to buy her the Ms. Marvel costume of her dreams.

However, he was bummed to find that no such costume existed. Not in stores, not online, not anywhere. He could find an inexplicably pink Spider Girl costume, but sadly nothing for a little girl wanting to dress up as the increasingly popular Ms. Marvel.

So Captain Milkshake did what anyone vying for a best-parent-ever award would do: He made her one. While Captain Milkshake had fun going the handmade route this time, he hopes Marvel will start paying more attention to their audience of keen little girls (and women!) As he writes, “I believe this post could be the start of something good if even it gets the wheels turning a few degrees.” – AvClub

Check out what 8 year old Ethan Edghill  from Toronto created all by himself. A young cosplayer in the making, his CRAZY DAVE costume from the favorite Plants vs. Zombies game is something of pure genius! We salute you Ethan … eerr, I mean, Dave. More photos after the break:

END_OF_DOCUMENT_TOKEN_TO_BE_REPLACED

I haven’t seen much Kid Cosplay, but usually when I do, they are perfect renditions of the adult version (sometimes better). And recently I’ve been binge-watching the heck out of ARROW on the CW. So when I came across these little guys, I couldn’t help myself.  Owen and Dean are two brothers who cosplay as Nerdling 2 and 3. Their costumes were handmade by their Mom and took 2 weeks to complete. Photo credit goes to David of Lift-Off Studios in Charlotte, North Carolina for the awesome pics. See more after the break.