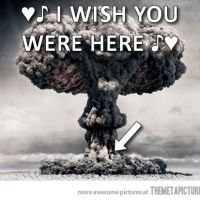 Last week, I covered a character that was mostly used by one creator during a comic run for a team book.  That was DC’s Faith.  It seems only fair to do that again this week for Marvel.  Only this time, the creator in question was writing that team for a very, very long time.

This may also just be a retcon gone wrong.  This week, we’re looking at Sage.

END_OF_DOCUMENT_TOKEN_TO_BE_REPLACED

For many years, the X-Men had the backstory that the original team, minus Beast as he was with the Avengers at the time, went on a mission to the mysterious island of Krakoa and disappeared.  Cyclops escaped and he and Professor Xavier put together a new team of mutants who went back to Krakoa and rescued the captured X-Men, making a new team that would go on to become Marvel’s biggest book.

More recently, a retcon came in.  There had been for years talk of a third Summers brother after Cyclops and Havoc, and finally, that story was coming out.  The third went by the codename of Vulcan, and he was part of a brief X-team that attempted a rescue of the original X-Men from Krakoa.  That team appeared to die, and the distraught Cyclops was so upset that Professor X wiped his memory of this second X-Men team before sending out the familiar team that included Colossus, Wolverine, Storm, and Nightcrawler.  Vulcan had managed to survive and came back much later very powerful and evil, but how?

Well, we can thank Darwin for that.

END_OF_DOCUMENT_TOKEN_TO_BE_REPLACED

Hugh Jackman has let it be known that he will not be portraying Wolverine again after the upcoming Wolverine 3:  Old Grey Mare She Ain’t What She Used To Be.  Regardless of whether or not this turns out to be the case, Fox will want to have a new Wolverine.  There’s already been multiple Hulks, Xaviers, Magentos, Green Goblins, and Spider-Mans (Spider-Men?), and that’s just Marvel, so a new Wolverine is almost a given.

Say, was anyone auditioned yet?  Check after the obviously clickbaiting cut.

END_OF_DOCUMENT_TOKEN_TO_BE_REPLACED

Grant Morrison was, at best, a crazy fit for the X-Men.  He came onboard at a time when X-Men continuity was extremely tight and tried to make some interesting changes that long term didn’t stick too well.  To be fair, at least one of his changes didn’t really make a lot of sense.  Having Magneto working undercover in the Xavier School as the mutant Xorn, claiming to be a Chinese mutant healer with a star for a brain, wasn’t a bad idea, and even the helmet blocking the psychic scans of Professor Xavier, Jean Grey, and Emma Frost works, but it never explained how he fooled Wolverine’s advanced senses.  Likewise, Morrison’s take on Magneto as some sort of flaky cult leader who had trouble taking out a single NYPD officer with a handgun was rather embarrassing for the longtime friend and foe of the X-Men.  No wonder Chris Claremont reversed that whole thing the minute he got back and declared Magneto was never Xorn.  Other ideas of Morrison’s, like secondary mutations, the U-Men, and Cassandra Nova had lasting effects to one degree or another, but the final image of his run was Cyclops and Emma Frost making out on top of Jean Grey’s grave…with her approval from some point in the distant future.  Yeah, it was a screwy run in many ways, and Morrison’s style of storytelling may not fit too well with Marvel Comics, while DC’s emphasis on spectacle and wonder over personality seems to work out for him fine.

That said, Morrison gave the world Beak during his time on the X-Men, and that alone was a stroke of masterful storytelling.