Daredevil returned to Netflix with new episodes last Friday.  I may be the only writer here so far to finish the new episodes.  Color me surprised.  I just must have had a lot of free time this weekend.

Anyway, review and SPOILERS after the cut.

END_OF_DOCUMENT_TOKEN_TO_BE_REPLACED

Comic Bento apparently wanted me to horn on the storied work of one James “Jimmy” Impossible, who wrote extensively on all things Spider-Verse.  I mean, he wrote seven long posts chronicling every inch of Spider-Verse.  That was before he went insane trying to do the same with Convergence and the entirety of Secret Wars.  See the efforts of his madness with parts 1, 2, 3, 4, 5, 6, and 7.

Heck, Jimmy covered all the issues in this trade in the third part of his work there.  But I’m writing a review, while Jimmy was giving a plot summary/commentary.  That’s my excuse and I am sticking to it.

END_OF_DOCUMENT_TOKEN_TO_BE_REPLACED 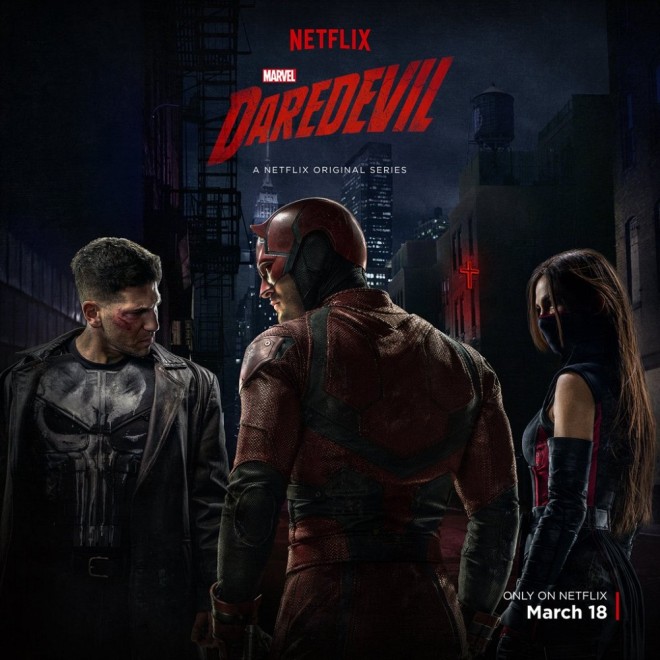 Daredevil season 2 is almost upon us.  After the break, Netflix and Marvel continue to tease us as DD, Punisher and Elektra suit up.

END_OF_DOCUMENT_TOKEN_TO_BE_REPLACED

Part one of the official Daredevil Season Two trailer focused on newcomer Frank Castle, aka The Punisher.  The part two trailer focuses on another newcomer, former DD lover and season one easter egg, Elektra.

Watch it after the cut.  And watch season two of Daredevil on Netflix on March 18th, but I didn’t need to tell you that.

END_OF_DOCUMENT_TOKEN_TO_BE_REPLACED

But I will say this:  this may be the most nuanced version of the Punisher I’ve ever seen, and this is just some select clips from the show.  I am assuming the Elektra stuff is saved for the next one aside from that briefest of brief glimpses.  But the Punisher has this real “Killing Joke” vibe going for him when he talks about one bad moment.

This is probably going to rock.  Trailer after the cut.

END_OF_DOCUMENT_TOKEN_TO_BE_REPLACED 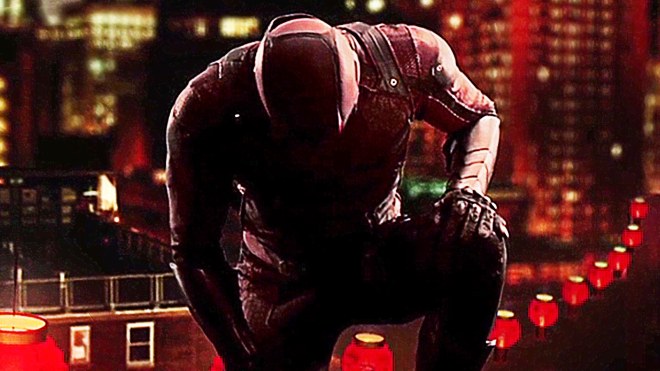 I think Chinese New Year was technically yesterday, but I overdosed the site with all the geek ads from Super Bowl 50.  So let’s start the day with a very short tease for Daredevil season two.  If you like seeing super heroes stand up and vigilantes say one word off screen, then this teaser is for you!

END_OF_DOCUMENT_TOKEN_TO_BE_REPLACED 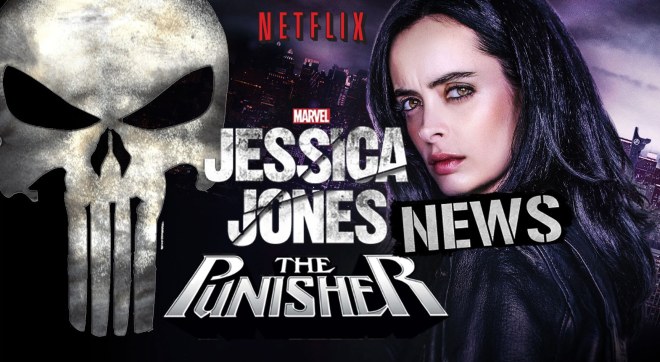 If you’re a fan of Marvel’s Netflix shows so far, it was a good weekend of news for you.  First came word that Netflix and Marvel were in talks to put a Punisher show into development based on strong word of mouth for his appearance in Daredevil season two…which hasn’t even aired yet.  The Punisher seems a natural fit for the grim and gritty urban crime fighting world that Netflix has established.  We’ll know when Daredevil season two begins on March 18th if they have successfully pulled off the Frank Castle character.  Previous big screen incarnations have ranged between acceptable to downright abysmal.

Next up, though it hasn’t gotten a lot of exposure in these parts because of reasons, Jessica Jones was excellent.  So it is not overly surprising that Netflix and Marvel have announced that Jessica Jones season two is now in the works.  There isn’t much more information than that at this point.  There has been some speculation that we could see it as early as the end of the year, pointing out the 11 month gap between DD seasons 1 and 2.  Jessica Jones season 1 dropped in November of last year.  So while it is possible, I’d expect it more than likely in early 2017.

In any case, with DD season two just two months away, Luke Cage due at some point this year and now JJ season two, Iron Fist and possibly The Punisher in the pipeline, this Marvel/Netflix relationship has really prospered.

END_OF_DOCUMENT_TOKEN_TO_BE_REPLACED 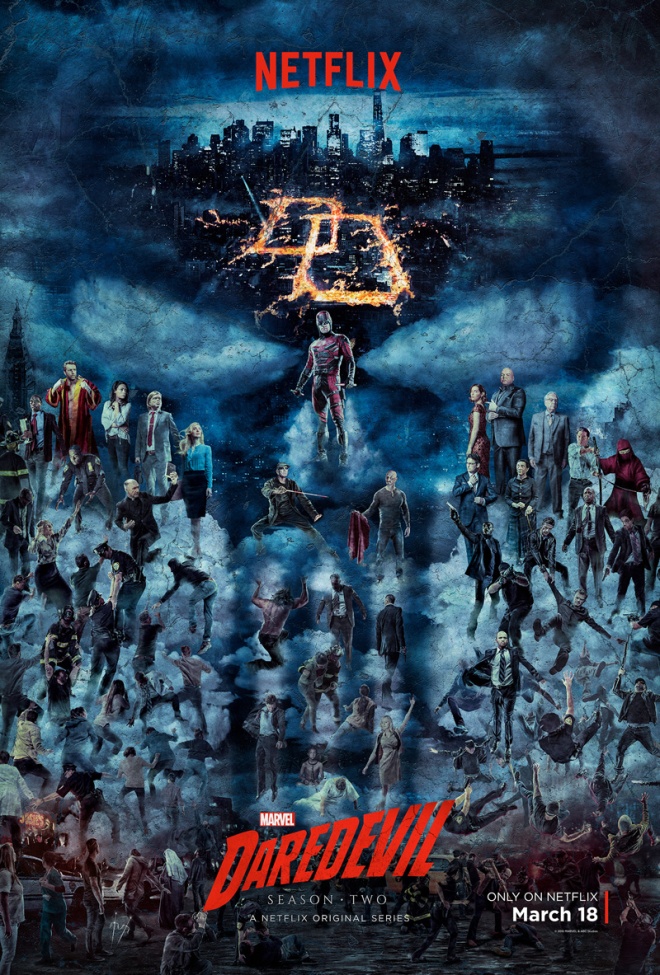 Well, that March 25th Marvel/DC showdown rumor didn’t last long.  Netflix has officially announced Daredevil Season Two is dropping a week earlier than Batsoup on March 18th.  With Punisher and Elektra joining the fray and probably more Frank Miller influences than you can shake a baton at, this season is something to get very excited about.

Marvel at the poster above then check out the teaser trailer/date announcement after the cut.

END_OF_DOCUMENT_TOKEN_TO_BE_REPLACED

Marvel/Disney and DC/Warner Brothers have been circling each other, looking for weaknesses, as befits a pair of business rivals looking to earn some of the mighty audience dollars, the most powerful substance in either universe.

So, how has the most recent iteration of this rivalry come up?