Babies are many things.  They can be cute, gooey, smelly, and the apple of their parents’ eyes.  They also tend to be fragile.  Babies are the things that we may want to protect the most in any given situation.

So, what if the baby in question actually somehow becomes a superhero?  To answer that question, we come to Baby Wildebeest.

END_OF_DOCUMENT_TOKEN_TO_BE_REPLACED 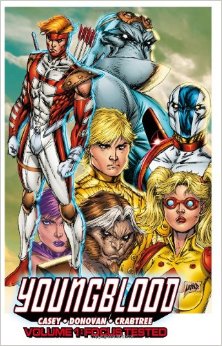 One of the most popular articles on Gabbing Geek is Jenny’s Geek Box Rankings.  I took advantage of that to try one or two for myself, and the Comic Bento box appealed to me.

So, what did I get for my first box?  Well, four graphic novels, all tied to the theme of the past.  I’ll be reviewing them in the order the card in the box had them listed in…which is about the only way I’d ever read a Youngblood volume first…or at all.

Review after the cut.

END_OF_DOCUMENT_TOKEN_TO_BE_REPLACED

Some superhero characters often give off the feeling that the rules are being made up as the creators go along.  There’s a longstanding tradition for such things.  After all, Superman in his earliest appearances could only jump long distances rather than fly, and special vision powers were out of the question.  Batman was more inclined to use lethal force, or at least not fret too much if an opponent did something that got himself killed.  But longstanding tradition is one thing.  More recent attempts to do so often look haphazard and may or may not work out.  Supposedly, all Rob Liefeld originally had in mind for Cable was a cyborg with a big gun.  Making him Cyclops’ son was nowhere near the front of his mind.

I don’t know how much of Maggot was planned out before he joined the X-Men, but there did seem to be a very much making-it-up as they went along feel for the guy.

END_OF_DOCUMENT_TOKEN_TO_BE_REPLACED 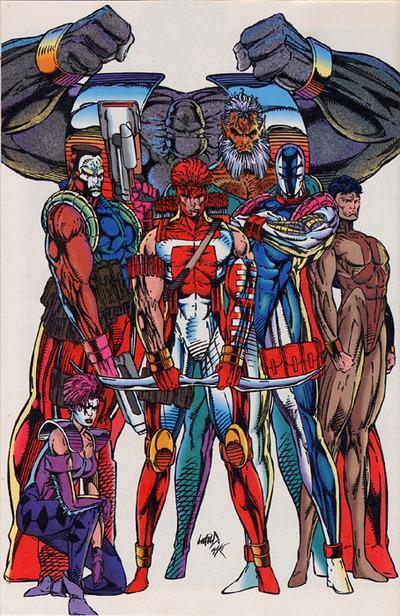 An American master is returning to the house that he built.  That’s right! Rob Liefeld coming back to Image is akin to Eddie Murphy returning to SNL for the 40th anniversary!  And it is happening!