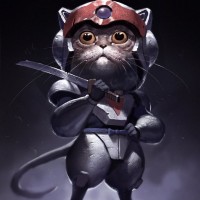 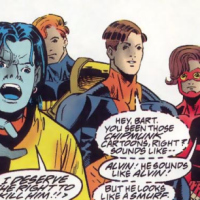 OK, maybe this episode has the biggest celebrity thus far.  Sort of…

END_OF_DOCUMENT_TOKEN_TO_BE_REPLACED

Sorry, Danny Devito, we got a bigger celebrity on The Simpsons now.

END_OF_DOCUMENT_TOKEN_TO_BE_REPLACED

The Beatles were one of it not the most influential and popular rock bands of all time.  The Fab Four have often had various other individuals referred to as the “Fifth Beatle,” but Vivel J. Tiwary and Andrew C. Robinson’s hardcover biography, The Fifth Beatle:  The Brian Epstein Story from Dark Horse Comics, suggests the real Fifth Beatle was the band’s manager, Brian Epstein.

Review and maybe some SPOILERS after the cut.

END_OF_DOCUMENT_TOKEN_TO_BE_REPLACED

One of the most popular articles on Gabbing Geek is Jenny’s Geek Box Rankings.  I took advantage of that to try one or two for myself, and the Comic Bento box appealed to me.

So, what did I get for my first box?  Well, four graphic novels, all tied to the theme of the past.  I’ll be reviewing them in the order the card in the box had them listed in…which is about the only way I’d ever read a Youngblood volume first…or at all.

Review after the cut.

END_OF_DOCUMENT_TOKEN_TO_BE_REPLACED

A number of superhero names have complicated backstories.  The Green Lantern, for example, was originally Alan Scott, and his ring worked against anything except for wood.  Later the ring would pass to Hal Jordan, and be less magical but more science fiction, and work against anything except the color yellow.  That weakness would be eliminated later on, but to start, you could stop the Green Lantern with either a stick or a primary color depending on which one it was.

That’s nothing compared to the Blue Beetle.