On this weeks podcast the Geeks unveiled a List Of Truth™ about time travel movies.  Ranking “some of the better” time travel movies.  Who defined what were “some of the better”?  I’ll agree that most of the list contains good to great movies (I would not include Men In Black III in those categories, and I haven’t seen Looper, I know, I know…), but it seems to contain some glaring omissions to me.  Find them after the cut.

END_OF_DOCUMENT_TOKEN_TO_BE_REPLACED 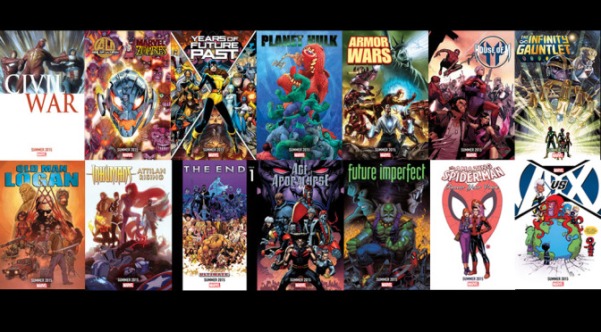 The creation of the Gabbing Geek Secret Wars Power Rankings was definitely a team effort.  The blame for the majority of the actual rankings though, falls squarely with me.  I like making lists of stuff, as evident by my Spider-Man Chronology, but I hate ranking things.  So going through each and every Secret Wars issue and trying to give them a ranking was outside my usual comfort zone.  But that’s why I get paid the big bucks.

But like anything of this nature, opinions vary.  My tastes are different from others on the Gabbing Geek staff, and likely different from yours.  With that in mind, I asked Ryan and Tom to give me their opinions on the most overrated and underrated series on the list.  Find out what they had to say after the break.

END_OF_DOCUMENT_TOKEN_TO_BE_REPLACED 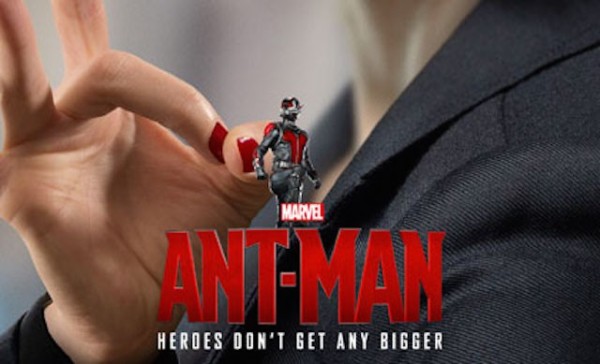 I don’t have the guts or knowledge or care enough to put myself out there like Ryan and predict the top ten grossing films of 2015.  But one thing I’ve steadfast to in the Gabbing Geek Bullpen has been that I thought Ant-Man would end Marvel’s blockbuster roll.  And it turns out I was right.  (What a different time we live in when an opening of 58 million dollars is considered a disappointment.)  Besting only The Incredible Hulk‘s opening weekend (and finishing dead last if you adjust Incredible Hulk for inflation).

I just never thought Ant-Man on his own would be a draw.  He was not one of the Marvel big hitters, and he never stepped up to the plate and hit a home run with a trailer like other B-Listers Guardians of the Galaxy.

But does any of that mean it was any good?  If you are not tired of reading Ant-Man reviews from Ryan, Watson, Jenny and Tom, I share my thoughts after the break.  Be warned, there will be spoilers.