Morning Star was an amazing conclusion to the epic Red Rising series.  And while there are parts I liked more and didn’t like as much as previous books, I still gave it a perfect score in the end.  Because books can have flaws and still deliver an amazing story.  But there is one part of Morning Star that really stuck with me as being a mistake and I can only discuss it while spoiling some things.  So this is your warning.  [WARNING: AFTER THE BREAK WE’VE GOT SOME MAJOR MORNING STAR SPOILERS SO GO READ THE BOOK ALREADY AND THEN COME BACK.] END_OF_DOCUMENT_TOKEN_TO_BE_REPLACED

Pierce Brown promised that if Golden Son won the Goodreads Best New Science Fiction award he would post the first three chapters of Morning Star.  Now that Golden Son has nabbed the award, he’s made good on the promise by posting the chapters over on his website.  Head on over there now for a quick taste of what Darrow’s been going through for the past year (literally) and then we can all live in the torture of waiting the almost two months until all of Morning Star is released. 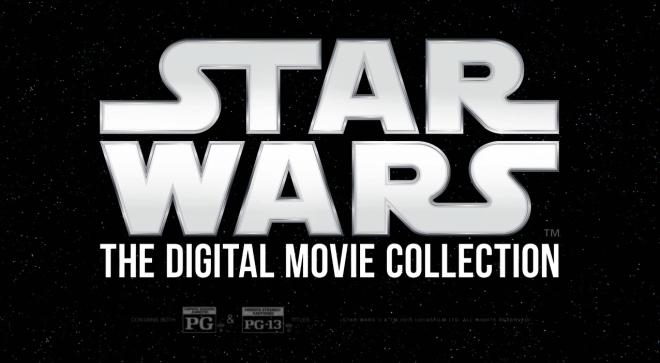 Disney dropped a bombshell on us all last night when they announced the entire Star Wars movie collection would be released digitally this Friday.  Now that the news has percolated through the interwebz, here’s a handy guide to the 5 things we know.

END_OF_DOCUMENT_TOKEN_TO_BE_REPLACED

Disney’s annual shareholder meeting took place today in San Francisco and they took this opportunity to explode the Internet.  First, they announced that Star Wars Episode VIII: The One With Four Letters In Its Roman Numeral will be released on May 26, 2017.  Disney confirmed the second of the new trilogy will be written and directed by Rian Johnson (Looper, some of the best Breaking Bad episodes).  That release date puts it head-to-head with the Lego Batman Movie (assuming they don’t blink…but they will) and right in between Terminator: Genisys 2 (May 19) and Fantastic Four 2 (June 2) if either of those get made (they won’t).  And just a few weeks after Guardians of the Galaxy 2 (May 5).  Toy Story 4 is still set for June 16 of that year, making it a Disney dominated summer–much like every summer forever it seems.  More news after the break. END_OF_DOCUMENT_TOKEN_TO_BE_REPLACED