The Alamo Drafthouse is the best theater chain in the country in large part because of their preshow entertainment.  The fact that you can order food and drinks from your reserved-ahead-of-time-seat is great, of course, and the special events they host from quote-a-longs to fan festivals are always outstanding.  But the clips and commercials and trailers and funny videos that entertain you before the movie starts is what proves the Drafthouse loves movies.  Other big theater chains cram commercials down your throats with songs about soda and the latest ABC Family show that will be cancelled in its first season–not the Drafthouse.

The Drafthouse preshow not only sets the stage for the upcoming film but also sets the theater apart from all others.  So I was thrilled recently to be electronically introduced to Laird Jimenez (follow him on Twitter!), the man responsible for putting together these amazing shows.  Laird agreed to take time from his busy schedule to answer a few Gabbing Geek questions so head after the jump to peek behind the scenes on how it’s all put together!

END_OF_DOCUMENT_TOKEN_TO_BE_REPLACED

September is a big month over on Netflix.  We have some great additions, but are losing a lot of “Geek” favorites.  First, the bad news–depending on how you look at it–is that we are losing “Transformers: Age of Extinction.”  We are also losing the original Star Trek movie from 1979 and the newest one “Into Darkness” this month.

On the bright side, we are gaining the first season of “Gotham,”  the highly rated series on Fox about Bruce Wayne’s home town.

For the complete list of whats coming and going when, check it out after the break and let me know what you’re going to miss most.  Our thanks to CNET for compiling all the Netflix comings and goings. END_OF_DOCUMENT_TOKEN_TO_BE_REPLACED

Gabbing Geek 51, Battle Lines, is so contentious you’ll think it was a presidential debate where every single candidate is Donald Trump.  We talk about corporate wars at Marvel, the latest salvo in the battle of the video streaming giants, our epic Geek Book Club discussion of Armada, and our latest game: Battle Royale.  You can start listening to this amazing, ferocious episode right now or jump after the break to find out more!

END_OF_DOCUMENT_TOKEN_TO_BE_REPLACED

In a bold move on the streaming video front, Amazon yesterday announced that users of its Amazon Prime Video streaming service (which is part of a Prime annual subscription) can now download videos to mobile devices.  They’ve also dropped the word “Instant” from their video offering–perhaps as a nod to the ability to watch a video without streaming it that moment.  Downloading videos is currently supported on both the iOS and Android Amazon Video apps but will not be supported on laptop and desktop computers.  Not every title will be available for download but Amazon original series (Transgender and others you haven’t heard of) and several key properties that Netflix is about to lose (such as Hunger Games, 24, and Star Trek Into Darkness) are all downloadable today.

Netflix has been the industry leader in the streaming video space for years but Amazon has been pushing back hard both on the pricing option (comparable by itself but there are other benefits to Prime such as free shipping and streaming/downloadable music) and the original programming front.  Now that Amazon is pushing the functionality gameboard piece, we will have to wait and see if Netflix responds.  Netflix has always said that they would not support downloading content but they also didn’t have a major competitor offering downloads.

Will Amazon Prime Video’s new feature make it attractive to travelers and influencers?  Are you more or less likely to use this service now?

Nothing is hotter or SMALLER than Ant-Man right now, except for maybe a little version of him. Check out the amazing Ant-Man trailer made of legos, frame by frame, by Toscano Bricks after the break:

END_OF_DOCUMENT_TOKEN_TO_BE_REPLACED

Ever wanted to know what it would be like to look for a house with Ant-Man? Well never fear – we have just the LEGO video just for you!  END_OF_DOCUMENT_TOKEN_TO_BE_REPLACED

Our favorite Brotherhood Workshop is at it again. This time, they pull inspiration from the ever popular Jurassic World. Watch as the King of the Dinosaurs faces his greatest challenge yet: a game of catch. Video after the break:

END_OF_DOCUMENT_TOKEN_TO_BE_REPLACED

Ryan – I dedicate this post to you, and ever other living Matrix fan. May you find freedom of the blue/red pill in this 8 bit Matrix mastery. See video after the break…or will you?

END_OF_DOCUMENT_TOKEN_TO_BE_REPLACED 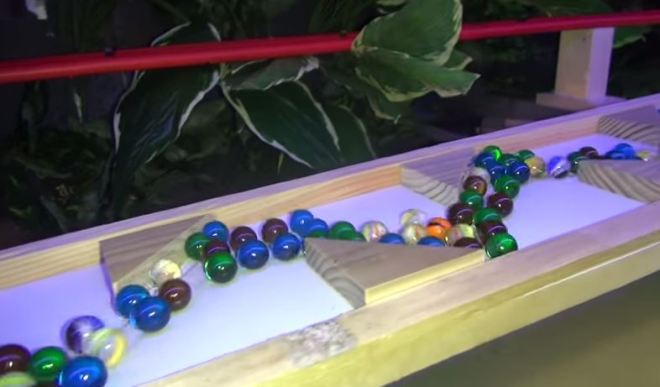 Marbles.  They run.  Here’s 11,000 of them to blissfully combat your Monday stress.  Enjoy the video after the break.

END_OF_DOCUMENT_TOKEN_TO_BE_REPLACED 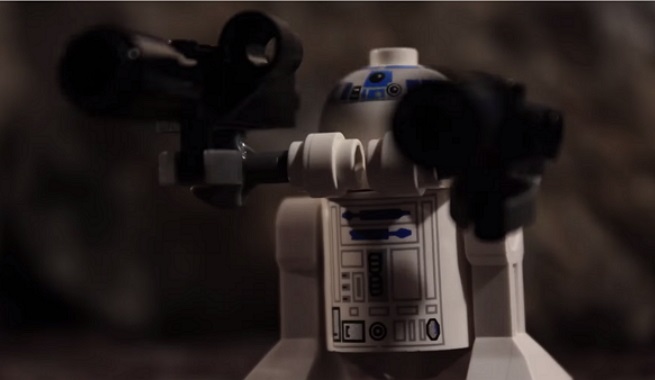 The beloved BrotherhoodWorkshop is at it again. This time with a nice little short video of R2-D2 being…. shall we say…..relentless. You have to see it for yourself. He’s kicking ass, and taking names! Watch video after the break: