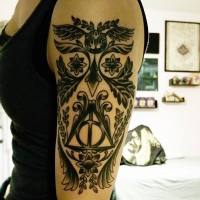 Following in the shambling footsteps of Dawn and Rise of the Planet of the Apes comes the third in the series, possibly titles Morning Bowel Movement of the Planet of the Apes. Originally set for July 2016 it has moved back a full year to July 2017. While nobody wants the third film rushed, especially given how good the first two have been, this does feel like a miss. June and July 2016 have no superhero movies, just residuals from X-Men: Apocalypse in May 2016. Star Trek 3 is aiming for July 2017 but could easily slip with script rewrites and a new director at the helm. Apes 3 will now come out two weeks before Thor: Ragnarok.

Fantastic Four 2 has moved from July 2017 to June 2017. This is probably less a vote of confidence in the yet unproved reboot but more a way to make room for Apes 3. FF2 now opens three weeks before Wonder Woman giving you two movies in the same month to feature scantily clad warriors.

Assassin’s Creed is back on again, now set for the wide open December 2016. In keeping with the latest iteration of the popular video game series, while the movie expects to launch in December 2016 multiple bugs will prevent the movie from being watched until at least March 2017.